What are some of your favorite courses in the area? Public or private, either one

I haven’t played cobbs, but have a friend who is close to the renovation and everything I’ve heard makes it sound like it will be exceeding all expectations. Played turtle creek once and the conditioning was great. Really want to play rolling green and manufacturers soon

Manufacturers is really good. The amount of private clubs in the area is astounding. Lulu went private but will still let you play for the day m-w. Great ross track. Makefield highlands in Yardley is nice as well.

Jersey side has options as well. Pennsauken is easy to get to and fun, although don’t expect anything wild. Classic muni. Haven’t played it but people rave about Scotland’s Run as well. Also enjoy my time at Indian Springs and Pittman, but again, don’t fantasize about anything wild out of them.

I play pennsauken fairly often being in Philly. Always in awesome shape and just a fun little muni. Scotland run is a nice course but I have never found it worth the steep price tag (think they want 140-150 now). There’s no wow factor to it really.

Everything I played in the Philly area during college was all fantastic and at worst fairly good.

Pennsauken is near the bottom of courses I’ve played but it’s still good: it actually has a number of interesting holes and I feel that there is a bit of variety in the style of some of them. The long ass 260 downhill par 3 always stands out in my mind.

Downington is slightly underrated and its layout is pretty good. Location is kind of weird but whatever. My lasting memories are of it is my college team running late for the 2nd round and us literally having to go to our starting holes immediately as we pulled in.

Rock Manor is love/hate. Everytime I’ve played there it’s been slow. There is a number of holes I think are terrible (11,13,14, 1 and 4 are some) but it has some great holes as well. The Par 3s are a great mix as well.

Haven’t played in two years but Inniscrone is cool and honestly a course I really like. Even the strange holes like 3 and 4. Also it’s always cool playing a wary Gil Hanse design.

Scotland Run is cool as well; from my memory the back 9 is slightly better as it goes thru that old sand pit or whatever it was

The privates I’ve played; Whitford, Union League Liberty Hill (Used to be ACE Club), DuPont are all fantastic and the same goes for every private I’ve ever played in PA from the Philly Area to up near Allentown to Scranton.

For private, if you have a connection, my order would be:

Merion, Aronimink, HVCC, Rolling Green, Gulph Mills, Llanerch, Manufacturers. (It’s crazy that this list can go another 10+) Throw Lulu in if you can do the member for a day thing.

Cricket Club Wissahickon would go right behind Merion on that list for me.

I played llanerch for the golfers journal event a week or two ago and was really impressed. Really fun and was a good challenge.

Anyone got any go-to spots for short game practice? Ideally, a public facility with nice big chipping and putting greens, a big pitching green would be a bonus.

So far, Rock Manor is the best I’ve seen, but is a little bit of a hike, and the smaller practice greens can get crowded quickly.

Makefield Highlands has a chipping area, bunkers to hit out of and a separate green for putting

White Clay Creek is a bit of a hike, but multiple chipping greens, bunkers, and putting areas to go wild on. Best public practice area I’ve seen up here.

You could try Glen Mills, they have two small sized pitching greens that are never really crowded and are well hidden. Although if your not playing that day they hit you with a $10 fee for a medium size bucket

Alright everyone, I need some help. I’ve got two tickets available for the Elton John concert tomorrow night at Citizens Bank Park. 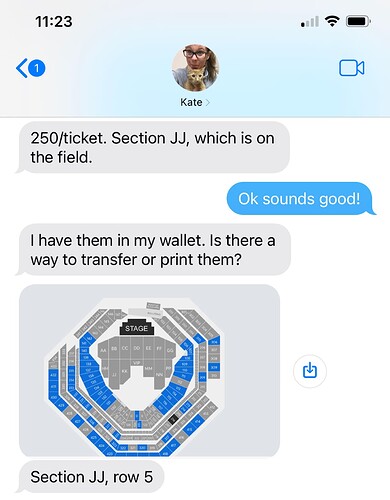 Just learning about roosts, do we have one around here? Can anyone explain them a little more to me?

Yes we do! @MikeRevak can get you added to the Electric Phactory threads. We are at the end of the 2022 season currently, but will be ramping back up in sept for the 2022-2023 season.

We will be battling NYC metro, Boston/New England and Washington/Baltimore teams this weekend down the shore to see what roost from this region makes it to the nationals!