Waters Edge hell yeah! Poplar Grove in amherst is like $120 now I think but thats my favorite course in the region. Most of the courses around the lake/this area are all in the $50 greens fee area.

AP is literally 5 minutes off 81 and super easy for your trip.

Yeah, it can get steep on weekends. I just checked their website and it said in season was March 14th-June 19th, so maybe tee times are reduced a bit now?

TBH I haven’t even checked since they raised everything up so much. It appears they are wanting to go private at some point too based on some recent conversations with the head pro at ivy hill kinda over that way

Played and stayed at Ballyhack over the weekend. Great course, nice amenities.

Still on the fence if that’s a course I would want to play ever week as a member or not.

Its definitely a pretty unique track. About once a year for me though.

We just made tee times at Poplar Grove on your recco. I have never played it, so I am looking forward to it.

If you happen to be on 29, and get hungry for some wings there is a little place called the chicken coop in lovingston that @fore20 swears are the best wingers ever too

If you don’t end up liking PG, I’ll owe a round. I’m confident.

Do they daily pay rates for Ballyhack?

I think that ballyhack being part of the dormie network is perfect for it. Allows people to come and play it but they don’t have to play it everyday

Unaccompanied guest rate is $125 plus $40 forecaddie (mandatory) plus tip, if you know someone who is a member. I live 10 minutes away and its pretty hopeless for me to get on without calling in favors and such.

they limit local membership to like 50 people inside a 25 mile radius too, so hardly anyone can play it every day anyway.

Heading out to SH9 tomorrow and then thinking of playing South Wales on the ride back to Arlington. Anyone play South Wales and know what shape it’s in?

I literally did this same exact trip a week ago (starting in Reston though). I should preface this by saying we’d gotten a TON of rain that week and it drizzled most of the round at SW. Where to start on South Wales…first I’ll mention the greens are pretty bad, like worst I’ve seen in years bad lol BUT they rolled semi straight, so there’s that. Second, it’s cheap as hell to play and beers are like 3 bucks. Third, it’s extremely laid back, never very crowded and rounds hardly take more than 4 hours (big plus in my eyes).

Depends on your expectations. If you wanna have fun and get warmed up before hitting SH9 and have cheap beers along the way, go for it. If you’re actually trying to put together a decent score and play well, I probably wouldn’t go and would head to Blue Ridge Shadows instead in Front Royal. It’s a tiny bit out of the way in relation to SH9, but more worth it in my opinion.

I hope all the other bent greens in the state are coming back strong now. Finally got our cut back down low and rolling fast again down here. Just in time to not be able to play much golf until spring.

Thanks for the heads and info on South Wales. I never left SH9!! First time here and it was everything I expected. Played Six rounds of 9 from 9:30 to 4:00 with a healthy practice session. First four rounds with my regular clubs and two rounds with the classic clubs.

Round 5 I hit several balls per hole getting a feel for the classic clubs and working on distances. Round 6 was one ball. Hit 6 greens had two penalties, a four putt

Fantastic day and polished it off with the Hot Chx sandwich and a cold cider at the Headmasters Pub. 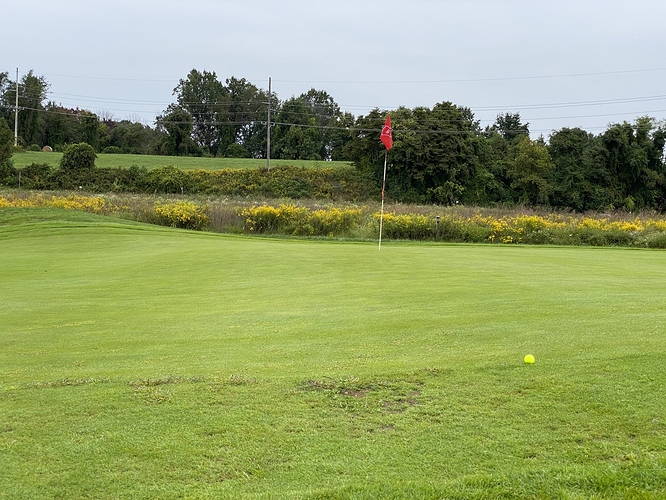 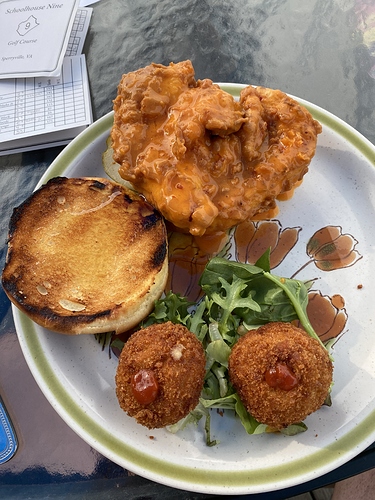 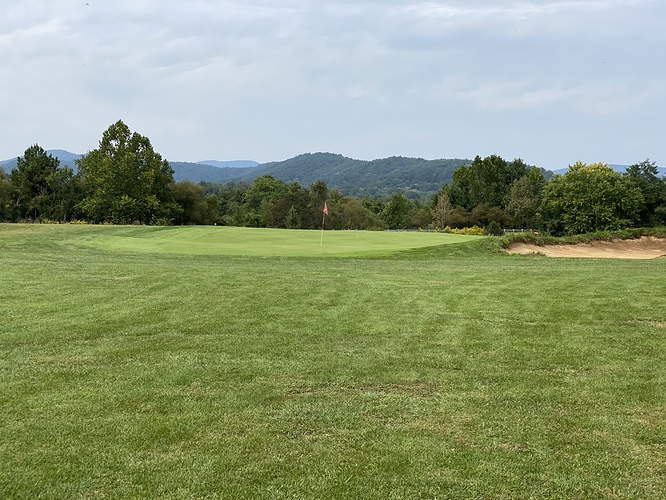 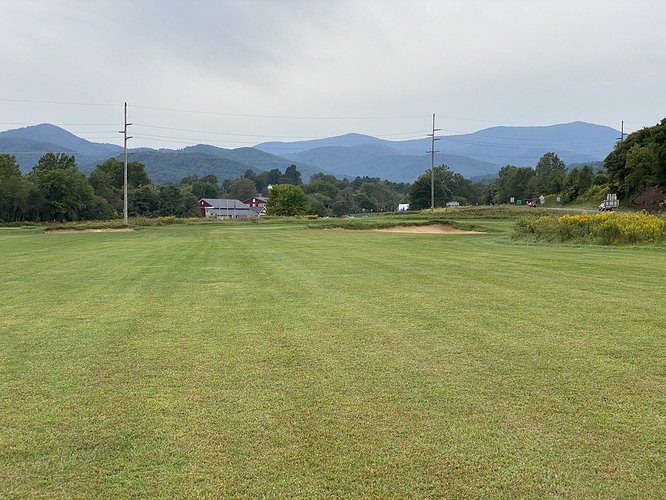 I don’t blame you one bit haha SH9 is incredible. Also I see you made the correct move of getting balls of fire as a side with the chicken sandwich. Both of those are sooooo damn good.

Also the grounds crew (about 3 guys)were out there all day working hard, so the course was looking good. Also meet the elderly couple who live next to the 7th tee as they were out walking the course shagging in the weeds for lost balls. SH9 is such a treat.

Ballyhack is awesome, but I’m on the fence whether I would enjoy playing it regularly.

After my round, I stood on the range next to the current course record holder and watched him drop ball after ball on a green at the back of the range with a 3 wood. I guess if you have that kinda game, it wouldn’t be too bad, haha.