Any other NLU fans and players in UT? Where do most of you play?

Hey there! I try to mix it up on the weekends as most of the courses are somewhat similar, but a few that standout are:
Valley View
Bountiful Ridge
The Ridge
Hobble Creek
Gladstan
Wasatch

I just moved down to Utah Valley so I am gonna make Fox Hollow my home course and play Thanksgiving Point when the temperature special is choice.

How is the ridge? I don’t play too much salt lake area golf besides Mountain Dell. Is it worth the trip?

I like The Ridge! It stands out, to me, among the other Salt Lake public courses because it is newer, in better condition, has no trees, is a linksy-type layout, and is a bit more fun. I think it is better than Johnny Miller’s Stonebridge courses (which are managed by the same company as The Ridge). It is quite a ways out there on the west side though.

I’m up in Park City so for the summer I’m at the Muni here most days. But favorite public courses are the Midway tracks. Soldier Hollow and Wasatch.

With how terrible last winter was it was nice to play in Salt Lake almost year round.

So I have an afternoon to kill in salt lake city this week, being from upstate NY I’m looking to play something that is unique or just different from parkland style courses I’m used to. So with one course to play what would you guys recommend?

I’m traveling from Idaho Falls in the morning so anything north of salt lake would be ideal.

I play lots of places. Forestdale is the course I play most often. Location price and vibe are the reasons

Most of you have probably heard of the RACDG through the great many chats and threads and general anarchy on here. You may even have been on the Roll Call document. But, I’m here to tell you that as the society has grown I’ve been doing some housekeeping today and adding a few more groups in. Utah is now in the US Rockies group, along with Utah & Wyoming. There aren’t exactly thousands of Utah people in this Roll Call, granted, but a few of you might be interested and I leave no man behind!

If you don’t know what the RACDG is I’ll stick the link on at the bottom, but basically its a playing society that bounced out from some conversations in the Refuge way back in Nov 2018. Its essentially just a fun opportunity to get together and play but ultimately it’ll provide membership to every chapter across the world, so no matter where you travel you can always find other members to play with and get a game. We also hold comps a few times a year so you can get involved in that and even travel to take part in other chapter’s comps (for example the GB&I chapter is doing The MacKenzie Cup in St Andrews in April the same week as the NLU trip and 40 people are playing in it).

I’m hoping that a few of you are interested enough to get the Rockies chapter up and running and someone is keen and organised enough to take on the captain role to get it going.

Heres the link to the thread:

And here’s a link to where you sign up:

Anyone trying to get in some turns at the bird in the AM and 9 in the PM at forest dale this weekend?

Heard they’re opening her up

No skiing for me but I will be at Forestdale national golf club in the afternoon.

Soldier Hollow is the place for me. Wasatch (Mountain Course) and Park City, mostly because I live over that way. Down to play anywhere. Utah’s got great tracks from Logan to San Jorge.

I’ll second Valley View as a top choice, great course and great views. Also enjoy playing Glen Eagle, for those who live north of the city and seek the links style course I recommend it. Others that I like: The Barn, Eagle Mountain, Nibley, Mountain Dell Canyon course (haven’t played the other 18 yet), and River Oaks.

Soldier Hollow is soo good. And a steal, IMO.
I liked Park City a lot too.

Big fan for years but rarely visit the Refuge - home course is the Salt Lake Country Club but Bonneville is the course I grew up on. RIP Wingpointe 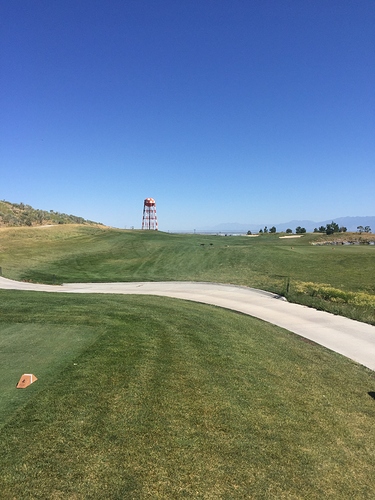 IMG_33332448×3264 2.86 MB
Played the Ridge on Friday for the first time ever, had a good time. Very few trees, some width to most fairways, the wind was providing a pretty decent challenge, which helped with a “links” feel out there. Had a couple short par 4’s that were definitely reachable. Holes 13-17 play out along a ridge that provides some great views of the valley below, and a few different options off the tee. Greens were rolling pretty quick, had a few misreads, but they were in great shape!
2 Likes
huck1far July 19, 2020, 3:26pm #18 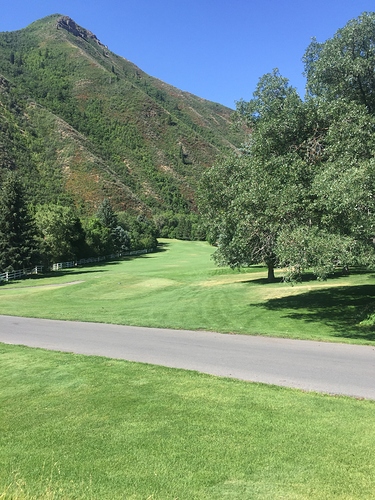 IMG_33462448×3264 3.7 MB
Played Hobble Creek yesterday. Trying to escape the murderous heat in the Salt Lake Valley my Saturday foursome decided to take the drive up the canyon to try and find some shaded and cooler temps. Course is laid out in a fairly narrow section of the canyon, feels like its gonna be tight, but there was definitely some width out there in the fairways. Push Cart Mafia was in full effect yesterday, and the routing proved that it was walkable even in mid 90’s heat. Par 5’s were definitely reachable if you put yourself on the right section of the fairway, and there was a couple really fun par 4’s (#13 stands out in my mind in particular, used to be a par 5, but now its only a 5 for the ladies), and I think all of the par 3’s were downhill elevation changes (kind of a standard feature of mountain golf courses, but fun nonetheless). Greens were just a tad slow for my personal tastes, but overall in pretty good shape. Great value at $48 for weekend play with a cart, even better at $32 for walkers.
1 Like
Wildat July 22, 2020, 4:33am #19

How do you like SLCC? I’ve played Bonneville once, nothing really sticks out in my memory about it so it wasn’t great/wasn’t bad. My biggest golf related regret is never playing Wingpointe! I never heard anything great about it, but after so many years of driving by it on the way to the airport I feel like it was an opportunity missed.

Played here a few times over the last year. The greens always seem to be well taken care of and rolling on the faster side. There’s an amphitheatre next to it which could either be really cool or really annoying depending on the band and whether you’re into the type of music they’re playing.