Hello All, I am new to the NLU and plays in and around Dallas -Fort Worth metroplex. Got to know about NLU while playing a round this sunday with a fella who was wearing NLU summer hat.

You can find us over here!

A thread for the Texas folks Community Center

I haven’t had the chance to make it down to the Houston area yet, @3wiggle but have heard there’s some awesome courses. I have a buddy who was one of the first employees out at Bluejack (I know its not technically in Houston but still…) Supposedly it’s as pure as they come. I was able to weasel my way onto Trinity a few months ago and it’s pretty freakin awesome. Just a totally different feel from any other DFW course you will play. Wide open, tons of undulation, and craziest greens I’ve ever s…

I also live in Fort Worth area.

@bigjones I recommend Haywire in Legacy West. Plethora of whiskey options. Prime rib is the best I’ve ever had. 10 mins from DT Frisco.

Hutchins bbq, get the all you can eat plate for $20 prolly best bbq deal in town

+1 for Hutchins. Keep in mind the brisket can sell out pretty early in the evenings.

Is it as good as Franklin’s in Austin?

Naw it’s not that good, but it’s consistently good day in and day out. And you don’t have to wait in line 3 hours

+3 for Hutchins. Also if you’re in the mood for Tex-Mex, La Hacienda Ranch is the best around.

Funny story about La Hacienda, The town was a 1 stop light town when they built the building where it is now and that spot was the absolute edge of town at the time and at least a 30 min drive over some dirt roads to get there. 15’ from the porch where you can sit outside was the city’s house of ill repute, rumor was the police chief forced it to be built there bc there were complaints from the patrons of the other establishment that there was no alibi for being over there if someone drive by and could see their truck and he was getting a hefty cut from the madame.

Hey Guise - I’m a New Englander but cover the south central territory for work. I’m hosting an event in Dallas in February and wanted some feedback.

I was thinking of doing a whiskey tour / tasting for a group of 10ish clients and prospects. Any recommendations on best distillery to host this thing?

I was thinking of doing a whiskey tour / tasting for a group of 10ish clients and prospects. Any recommendations on best distillery to host this thing?

What part of Dallas?

I’m staying downtown but location for the event is flexible. Would be looking for something fairly central if possible but ideally we’d do something within 20 minutes drive.

(I’ve never been to Dallas and started covering this territory as of yesterday so bear with me if this is ignorant / unrealistic!)

covering this territory as of yesterday so bear with me if this is ignorant / unrealistic!)

Distilleries are going to be further afield than I think you really want to do for an event. Are you looking for a single event space or would you travel between places? 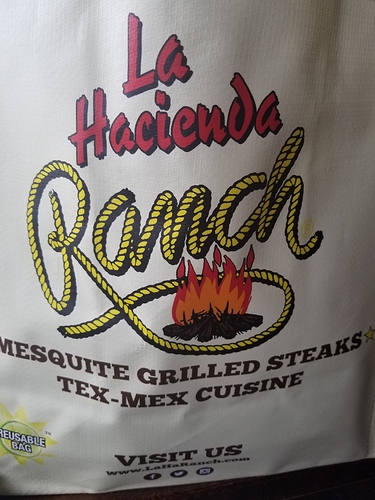 In Dallas, you’ll have a better time finding breweries where you could probably arrange a private tour and tastings. Peticolas has an awesome taproom and I think the best craft beers in the city (unique, tasty, but not gimmicky), and they don’t distribute much at all, so it would a very local thing if you’re willing to consider something besides distilleries. It’s really close to downtown also.

If you want to hop between breweries, also within a stone’s throw of downtown is Deep Ellum Brewing, Community, Manhattan Project, Celestial Beerworks, and Four Corners, all of which do tours, have taprooms, and some good beer options to sample.

Closest decent sized distillery I know of is all the way in Ft. Worth at TX. Think most of the other better known TX distilleries are in central TX.

Thanks for the recommendation! I chatted with @bored_6m via dm and he suggested the same. Wound up booking Peticolas yesterday!

Now if anybody here buys software for their company…beers on me!