I dislocated my shoulder April 12th. It popped back in itself. I walked home, poured myself a bourbon, and watched the rebroadcast of the 2019 Masters. Saw a doctor two weeks later, a surgeon a week after that, an MRI shortly after. Torn labrum, broken bone, and bruised my humerus so badly I actually flattened a portion of the rounded end.

Been playing the odd round with half swings (I can’t get my arm above parallel), seven clubs, and no driver because I don’t swing fast enough to compress it.

180 yards on my 7-iron is now 120, but still fun being out there. Haven’t gotten doctors opinion on playing, but relatively pain free if I clear my hips through impact (it was right shoulder). Stopping the body and flipping is when it hurts. Been doing rehab as instructed, going painfully slow, body is guarding the joint still. Learning a different game for now.

I do it for the love of a good walk. Even if spoiled by golf.

Added y’all to the tourney on Golf Genius today. I like to work ahead a lot

How does one ask their wife to play in this when one just spent five days in gearhart then rented a house with a bunch of buddies to play the mid-am at McCormick Woods right before this event?

Asking for a friend.

We are now less than a month until signups close on August 14th.

Also, I moved the starting tee times back to 8:30am & 2pm to hopefully make the drive more manageable in the morning for some people.

Think we’ve settled on hats, the Rope Rider connect was too obvious/good. 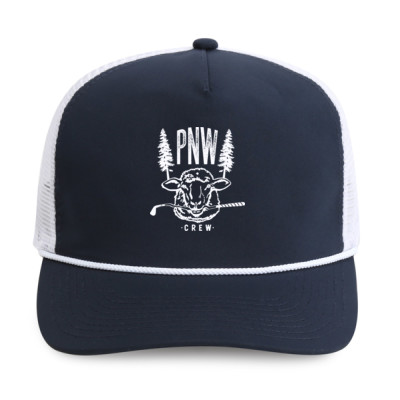 Also related, I am fired UP to play Prospector.

The fact that some people are missing out on this tourney and not fired up about these hats is honestly so tragic.

Curious if there are any spots still open? I’m a longtime lurker but based in Eastern Oregon and this is a shortish drive.

Please fill this out and then send me your GHIN # in a DM as we’re doing online scoring.

Glad to have ya!

I’m in, looking forward to it!

The Competition Committee is looking into allegations reporting certain competitors getting a few Suncadia loops in over the weekend, in an apparent attempt to gain an edge during our Championship. More to come as I decide how best to leverage this situation to my advantage,

It has been revealed to Refuge News Network (RNN) by sources inside The Competition Committee that in addition to some competitors getting in practice rounds this weekend, at least one player works at the tournament venue and has been practicing weekly for months. The source has revealed that The Committee is discussing, not only potential concerns about course knowledge advantages, but also, concerns about this individual’s influence over course setup. As always, this is a developing situation, stay tuned for more.