Looks like I’ll be moving to Albuquerque sometime next spring. Any desert refugees on here? Would love a deep dive on everything Albuquerque before I get out there. Thanks!

Welcome @BrysonsLats! Hope we can find some other Refiugees in your area. I changed the thread title to New Mexico in hopes of casting a wider net.

I played Sandia years ago during a conference and saw road runners for the first time. That was cool.

Welcome! My wife and I moved to ABQ 5 years ago and we love it. It’s not for everyone, but if you value the outdoors, an easygoing vibe, good weather, and cheap cost of living, you will do well here. The outdoors scene is hard to beat year-round - many world class options for backpacking, skiing, fishing, and biking within a 3 hour drive (including lots of stuff < 1 hour away). While there aren’t a ton of options, the golf scene here is pretty cool. The 3 18-hole muni’s are easy but enjoyable. Casino/Rez courses are bigger and tougher and nicer, but have typical resort features (easy to lose balls). UNM Championship is a course I wish I played more.

Feel free to ask any questions about the area,

Hey @BrysonsLats, did you ever end up in ABQ? New member to Nest/Refuge, but long time NLU follower. I live in the ABQ area, always looking for a new golf buddy…

Driving out in a few weeks!

Nice! Where are you moving from?

I usually play at Santa Ana and Twin Warriors, sometimes Sandia. Do you know where you’ll be living? Rio Rancho area is where I’m at.

We’ll be down in Nob Hill

Was just in that area yesterday

Hit me when you get here, we can try to link up. I’m heading to

AZ next week, but will be around most of the spring…

For sure, will do!

@RolandOfGilead where do you play most of your golf?

Hey we might have critical mass now! I didn’t opt in to the Nest but still check around once in awhile. I live in the Sandia foothills and hop around the city quite a bit. I’ll mostly play exclusively on Fridays now that we have our second kiddo. Weekends not really an option, unfortunately. So if we can coordinate that I’d love to join in.

Since you live in RR, do you play Paradise Hills much? I’ve only played there once but really liked it for its old school classic design and really really good greens. I also just discovered the 9 hole UNM North course - don’t sleep on that track, it’s really enjoyable and usually pretty fast pace of play (students tend to not hit the course until the afternoon). Plus NLU celebrity @phegs32 recommended it

Edit: Haha, was replying when you asked me this. I try for a pretty even mix between the muni courses (Ladera, Los Altos, Arroyo Del Oso), the Bernalillo casino courses (Twin Warriors and Santa Ana), UNM courses, Tijeras Arroyo on KAFB when the others are booked, and I hit Cochiti once or twice a year.

I really want to head up to Santa Fe to play Marty Sanchez this year, and Black Mesa is on my manageable bucket list. Haven’t played Four Hills / Canyon Club yet but it’s also on my list. I’ve played Paako Ridge a few times over the years and like it, just not the price tag (or difficulty, but once in awhile that’s a great test).

Critical mass might be nice! Doubt we can get the NLU boys to visit us

I have a pretty flexible work schedule, can probably make a Friday morning work.

Haven’t played Paradise Hills, @RolandOfGilead - I’m actually in Corrales so further north. Open to it though.

Played UNM champ front 9, wasn’t a good day driving so it kicked my butt. Will have to try the North 9…

I was also replying when you edited!

Marty Sanchez was pretty tough when I played it last year.

Black Mesa is awesome, but of a drive.

I really enjoyed Pa’ako in April, price wasn’t too horrible and the 27 hole deal makes it pretty reasonable.

I’ve played Cochiti once, would enjoy going back.

I have a couple guys up in Santa Fe I try to play with sometimes, maybe we can get a 4-some together up there and down here a few times.

By critical mass I meant getting a game together, but having the Strapped boys out may not be so far fetched. I sang some ABQ praises in the Location Suggestions thread last year, and I know that (a) a respected gui backed me up and (b) one or more of the Strapped boys read the posts. So it totally could happen! Even checking my bias, ABQ would be a really good fit for the show.

My dad and I have fantasy booked an overnight trip where we drive up and play Black Mesa, spend the night near Santa Fe, and play Cochiti or Marty Sanchez the next morning before returning home. Really chomping at the bit to pull that off as the weather, lodging/camping, and food would also be great up there.

As you saw, UNM Championship doesn’t mess around - it’s just a hard ass course. I really like it though because those are by far the most undulating, multi-tiered greens in the area. UNM North is much shorter and is tight by NM standards - most holes are tree lined, another rarity in these parts. I like it as a quick casual change of pace.

Looking forward to getting together for a round. @BrysonsLats this is what you can look forward to: this video was taken on January 22. 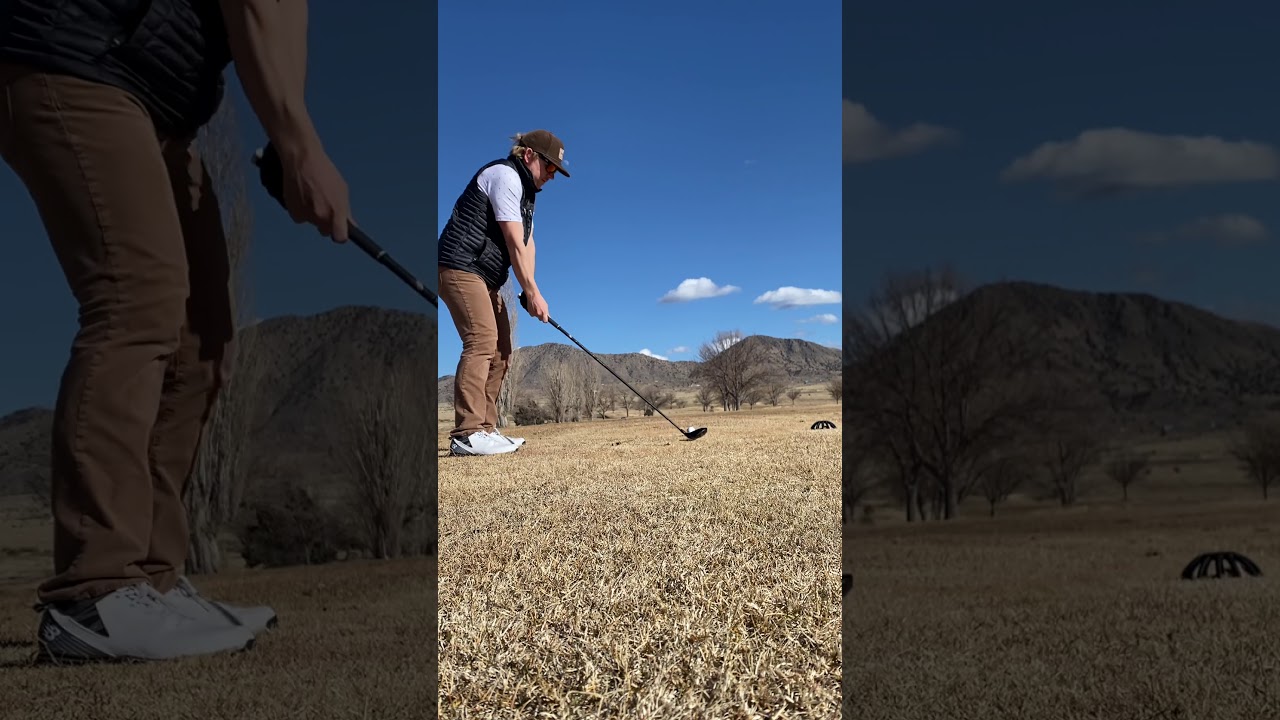 I dusted off the clubs last spring and played regularly for the first time since Jr High. Been in hibernation for a month or so now (see temperature report above), so I’m really curious to see where my game is when I get out there next month haha

Black Mesa or Twin Warriors if I only have one round on my way to Tucson?