On a recent pod, I heard a woman call in and was happy to hear I’m not the only woman who listens/views/reads NLU content. Any other ladies out here? Please introduce yourselves.

I’m an avid player in the Wilmington, DE/Philadelphia area. Looking forward to playing WGAP matches beginning next month, and playing non-stop at my club all summer and fall (and winter when it’s warmer than 45).

Another faithful NLU fan here! I live in the New Orleans area. Took a few weeks of lessons years ago and really enjoyed the times I played. The small circle of people I used to play with moved away and I wasn’t comfortable playing with strangers, so I’ve only been to the driving range a few times since then. Would love to get back into it sometime when the logistics are better.

I’m much more into watching golf on TV and attending tournaments than playing. I have practice round tickets for the US Open and am very excited about going to my first major and seeing the whole course at Pebble. Got to see just the 18th hole last summer and it blew me away.

I didn’t know a birdie from a bogie until I started dating my boyfriend years ago. He works in the golf industry and I went all super-nerd to learn everything about it.

I was blown away the first time I went to a live tournament - “Omg, they actually let you get that close??” Now my favorite weekend of the year is when the PGA Tour comes to town. I watch them on TV almost every week. The Players and the US Open are my favorites, though I have a soft spot in my heart for the Web.Com world.

I listen to NLU mostly because it cracks me up, which is awkward since I’m usually listening while I’m out walking. Leads to a few weird looks from passers-by. Anyway, I look forward to my weekly dose of goodness.

I’m glad to hear I’m not the only one who listens to NLU podcasts when I walk – and gets weird looks when I start laughing out loud.

Refreshing thread. I thought it was just @Sarah. 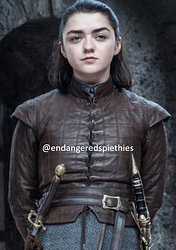 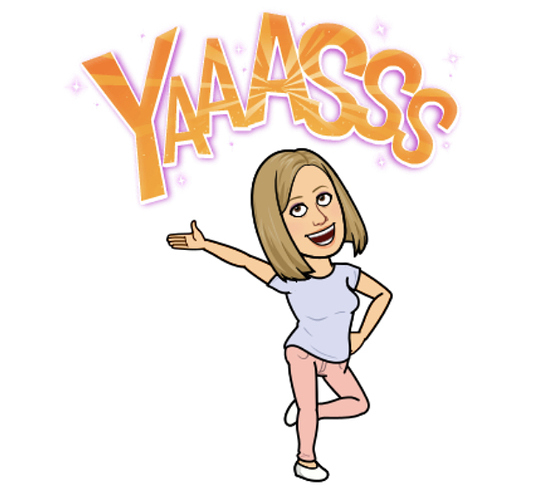 A US Open is a fantastic experience. I volunteered at three and had so much fun. Volunteering let’s you experience behind the scenes and being a spectator. I’m still hoping for Masters tickets in the lottery someday.

I volunteered at Shinnecock this year. I was in the merch tent, which was not all that fun tbh

I think the kid standard-bearers probably have the coolest volunteer jobs. How exciting would that be to walk a tournament with the players, especially if you’re a fan?

Speaking of being fans, am I the only one who ends up adding new players to my fan roster because they “sounded like nice guys” on NLU?? The Barnrat is my new fave!

Yes, I definitely have become fans of golfers I don’t know very well after listening to them on a pod. I learned about NLU via Twitter whenever they started tweeting (2013? 2014?). And then I learned about the podcasts and subscribed. The article in the current issue of The Golfers Journal about @Soly’s journey to making NLU his full-time job is entertaining. I admire their guts!

I’m going to check out that article. I’m often jealous of their current situation when I’m heading into the office.

Went to the golf course last night to putt for a while. There was an attractive woman (35-38 years old) at the driving range. She was a total beginner. Here’s what this woman endured in the large bucket I saw her hit.

Cat calling. Among the calls:
“Daaaayum girl” (twice. Same guy.)
“If you were my wife we’d play every night” - 70 year old guy
“Hey, hey, put your backside into it” -Random dude whose friends laughed along with him

Unwanted tips (3 times) from guys walking by. I almost intervened with one guy who was extra frisky.

Here’s what I know. None of the guys who made a cat call or gave a tip to this woman would ever approach her if they saw her at a store or bar. She was way, way way out of everyone’s league. Yet, at the golf course where she’s outnumbered 15,000 to 1, apparently any old guy can spit some game with no fear of getting slapped across the face.

It is so much harder for women to get into the game. I don’t think most men realize that. I was suprised how vocal people were. Ashamed. Then again, it’s 2019 and we still haven’t passed the Equal Rights Act.

Also…(venting on Augusta) This “take” has been KILLING ME all week: “I have a daughter and I think think the Augusta Women’s Amateur is great.”
Why do you need to have a daughter to appreciate equal rights for women? Does that mean if you didn’t have a daughter, you’d be against it? Did you not come from the womb of a mother?

The golf world is so sexist, elitist and racist that I just want to burn it down and buy a private course in the middle of Utah where nobody will bother me.

At my Club we’d suspend a member who treated any woman like that; and kick him out the second time. It is not about Equal Rights (which already exist), but about being nice.

I have a daughter and I think

Would always see this when public figures would comment on sexual harrassment/assault allegations and it makes me cringe, “As the father of a daughter…” It’s also a subtle way of making it about themselves.

I mean technically true, but no.

This “take” has been KILLING ME all week: “I have a daughter and I think think the Augusta Women’s Amateur is great.”
Why do you need to have a daughter to appreciate equal rights for women? Does that mean if you didn’t have a daughter, you’d be against it? Did you not come from the womb of a mother?

Don’t like this take laz. You’re over thinking it in my opinion. Do you also knock ernie els when he talks passionately about autism? I coached Special Olympics sports when I was high school because my uncle is mentally retarded, so when I say that organization is important to me because of my uncle does that make me misguided somehow in the same way someone mentioning their daughter when talking about a women’s tournament at Augusta is supposedly misguided?

Well…not exactly the same. Well…kind of the same.

If you saw a bunch of kids bullying a mentally retarded child you’d likely stop the bullying. Not because of your uncle, but because you’re a good human being.

We don’t ciew women as equals.We haven’t for 4,000 years. It’s time. If one need a daughter to show them the light, then that person is a lost soul. That’s my point.

I’m going to puke the next time some golf talking head pops in with a “my daughter now has a dream thanks to Augusta.”

No, your daughter didn’t need Augusta’s quarter/hearted effort at hosting a women’s masters to have a dream. She just needs people to tell her to dream.

And if I see one more gender reveal I’m going to puke for that, too.

If you’d just started with this I’d have been on board. Except for maybe the politician part (only because I know absolutely nothing about her yet).

I’m biased. Amy’s dad was a hero to me as a child and when I met him I liked him even more.

I will refrain from promoting Amy K in this forum. It I will say if you support Kamala or Beto, it’s hard not to take a look at Amy and come away thinking she’s more of a fighter and well equipped to continue serving the public.

If you saw a bunch of kids bullying a mentally retarded child you’d likely stop the bullying. Not because of your uncle, but because you’re a good human being.

Right. Like be nice to your staff. Don’t abuse those who work for you. Don’t throw things at them.