Just wondering if there were any NLU guys in Wichita, KS area? If so, I’d love to connect and get out to play.

Not living in Wichita but had a very cool 12 hours there one time before a Prairie Dunes > Ballyneal > Sand Hills > Denver road trip.

I flew Sydney > LAX > MSP > Witchita non-stop including a sprint from one end of the MSP to the other as my flight came in late and I’d come too damn far to miss the last flight of the trip.

Witchita was just somewhere to arrive and sleep a night before the golf started, but I headed into town for a look around (mates weren’t in until almost midnight) and was blown away by some of the architecture and found a really cool microbrewery for a feed and a drink. My taxi back to the airport hotel went past a AA baseball game under lights in full swing and were it not for 36 holes the next day at a bucket list course I’d have demanded he stop.

Long story short, one of the best surprises I’ve had in a life of travelling.

I’m up in KC but play down in wichita often. belonged out at willowbend in the late 90’s. where do you like to play?

I’ve played Willowbend a few times, that’s a fun course. Mostly play around the munis in Wichita and Newton (Sand Creek Station), Cheney (Cherry Oaks), Hesston (Hesston Golf Course) and Winfield (Quail Ridge). I have family in KC and am up there several times a year. Where do you play up there typically?

Always nice to hear someone that someone liked and had a great experience in your hometown. Was that trip last year? I wondered if you went on that trip with a guy name Rob by chance? He had told me he was playing some of those courses last year on a guys trip.

Curious if you can tell me anything you remember about the microbrewery or where it was? I’m wondering which one it was. I bet that was the Wichita Wingnuts game that you drove by. It sounds as though we’re about to get a new stadium and also a AAA affiliated team again. We used to have the Wranglers which were a farm team of the Kansas City Royals, but they went elsewhere several years ago.

I love Sydney! I was over there for about 2 weeks right after 9/11. We had to arrive 6 hours (!) prior for the international flight because of the increased security. We spent time in Sydney, Brisbane, Cairns, Newcastle and also made a stop in New Zealand on the way back home.

Are you on twitter by chance? If so, what’s your @? I’m @WSUbrent there.

i play in a 2 man 2 day event at quail ridge every may. have done that for 20 years. i’ve heard good things about sand creek but havent played it. i used to play in hutch all the time at Highland (when i was a low handicapper) and i think it is called crazy horse now.

prairie dunes is on my bucket list. and i used to play tallgrass a bit and was in a league down in derby at hidden lakes.

in KC i play out at Ironhorse (Troon manages) and sycamore ridge mostly. overland park has st andrews and it is your typical muni.

Sand Creek is awesome, definitely recommend that. It’s usually between $20-40 depending on season, but range balls and GPS carts are included. Only bad thing I could say about it is that it’s not a good course to walk because #1 and #10 are so far away from the clubhouse, and lots of holes are spread out a ways. http://www.sandcreekgolfclub.com/

I played Quail Ridge for the first time this Fall and absolutely loved it. It’s so well taken care of and was only $20 including cart. I was really impressed, and wish we had a course of that quality here in town. They do such a great job out there.

I’ve played Sycamore Ridge twice, once before they reversed the 9’s and added the white sand, and once after. Enjoy the drastic differences of that course. The front (now) has a lot of elevation changes and is surrounded by trees and the back is lots more wide open. That’s a fun place to play.

Also played St. Andrews once so far and like that as well. Have played Drumm Farm and Fred Arbanas up there as well. Arbanas is probably my favorite thus far, as it is a fun getable course, with lots of short Par 4’s and tons of elevation change. Being from Wichita, that always sticks out in my mind.

Definitely with you on Prairie Dunes, also a bucket list course for me. If you’re around Wichita area, I would recommend the drive to Hutchinson to play Cottonwood Hills (http://cottonwoodhills.net/). It’s about 45 minutes or an hour from the city but well worth the drive. Probably best quality in the surrounding area for a public course.

didnt cottonwood (faldo design) close down in the recession?

my in-laws live in andover so we’re down there all the time. hutch is easy to get to from there on hwy 254

From KC originally and grew up through junior / high school golf around the city. Fred Arbanas was always the tournament where someone went real low, fun memories thinking about that.

Not in Wichita, but I remember loving Buffalo Dunes in Garden City. Went there with my dad on a cross-state golf trip and we did 27 there with the wind very up. What a challenge that was!

have not made the road trip out to garden but have heard a lot about buffalo – i can only imagine how the wind must blow there. i also read Troon is taking over management of Southwind down there. this year my goal was to play prairie dunes — somehow — someway.

It did temporarily and the course began to become overgrown. At that point someone came in and took it over and got it back into good shape. It’s really a fun and challenging course, nothing like I’m used to here in town. A few blind tee shots and some really fast greens. The clubhouse is basically a trailer and nothing special, but it’s all about the golf there.

Buffalo Dunes is also a great one. I was out there for work in November and caught a decent day to play (with little to no wind which is very rare there). They were very hospitable and I basically had the whole course to myself that day. It’s a good walk, but has lots of hills throughout. Another great value, and was surprised it was only $20 to play. Course was in good shape especially considering the winters out there. They really do a great job, another place I’d love to have closer to me. Southwind is off the same road on the other side of the street just a few miles down. Never played that one, but saw it driving by. They both look beautiful out in the middle of nowhere in the rolling dunes. Here are some pictures from BD. 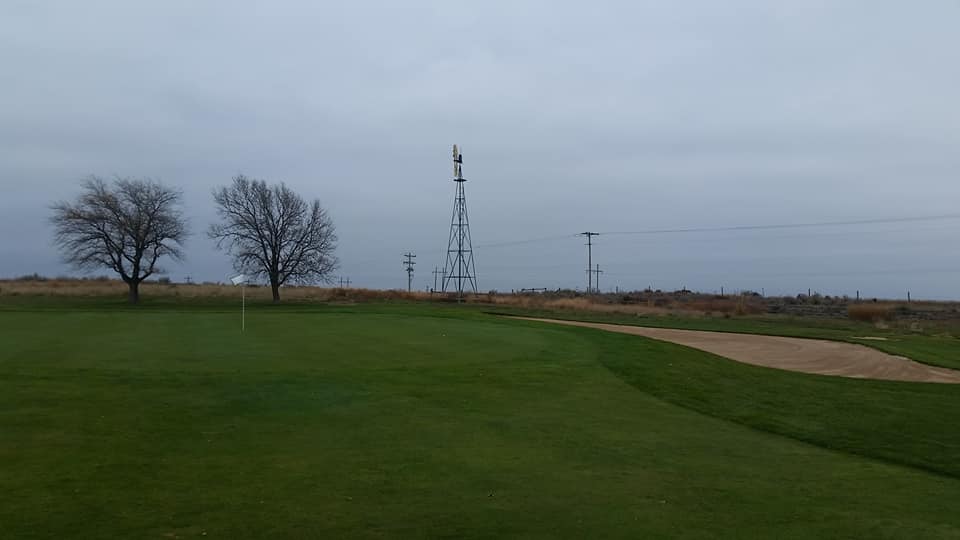 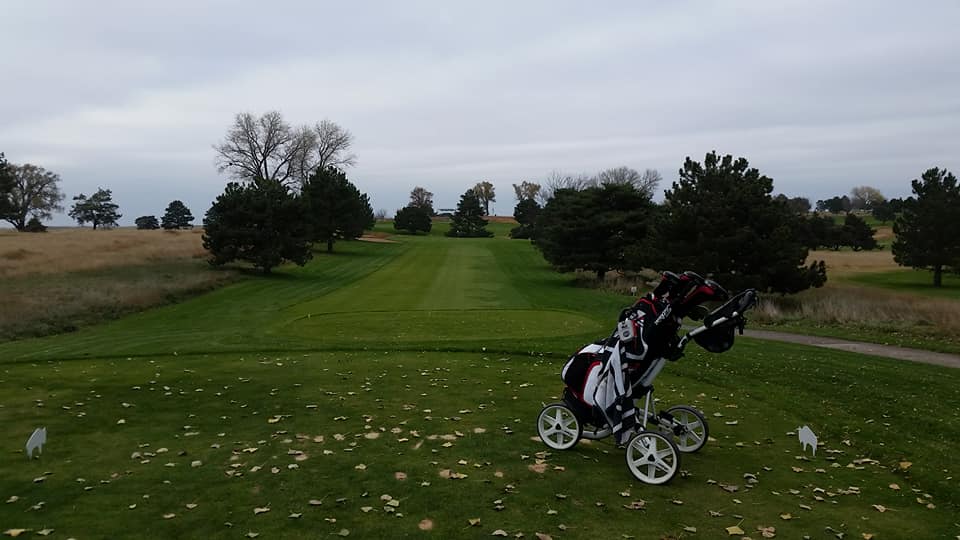 Went to high school in Andover. Live in KC now but used to be a member at Terradyne. Have tons of friends that still are members at Crestview. Family that are members at Tallgrass. Some friends at WCC as well. My parents still live in Wichita.

Maybe we can link up when I come down to play.

@ScottW Yea, that is a great spot! Been there many times. There are a ton of breweries popping up all over town right now. That is definitely a booming business at the moment.

@sundaybag I’d love to, Ben. My Grandpa used to live out on Crestview, played there several times. Also played Tallgrass a few times (that seems to becoming a public course now). Played Terradyne for the first time last year and loved it. Never have played WCC, what is it like?

Yeah… believe Tallgrass was bought out by Great Life.

WCC is, obviously, a top tier track in the area. They grow the rough out and can be pretty gnarly if you find yourself off the short stuff. Fairly tough track with some very penal holes.

Really well kept and even has some elevation change. Really just the conditioning piece that makes it a little more exclusive then Crestview or Terradyne.

I’m in KC as well. Lived in Wichita 10 years —- married an Andover girl 20 years ago. Sycamore , ironhorse get a lot of play here in town for me. I also play Wichita from time to time (Winfield quail ridge) glad to get out some time

Grew up in KC, lived on and worked at Deer Creek throughout high school. Still love that course despite some of the summers where the greens were in rough shape. Also really enjoyed playing Ironhorse and Falcon Ridge. OP and St Andrews were decent as far as muni courses go, just pretty plain. Havent been back in years but would love to come back and play some of those courses again.

I’m a social member out at Tallgrass and you’re right, they were bought by Great Life KC. They did some work and are trying to get things back in shape out there. Social membership is very affordable and you can play golf on Mondays out there. I actually live on the west side though and play Auburn Hills pretty frequently as well.

I worked at Cottonwood Hills in Hutch when it first opened. Awesome course and know they are open again but having trouble staying afloat. I went up and played it either last summer or the year before (can’t remember) and it was still pretty affordable to play.

I have a goal to play 9 holes in every Kansas county. I’ve got 35 knocked of the 105 done so far so I’m down to play whenever or wherever! On Twitter @Jordan_a_poland.