If the guys decide to do a Tourist Sauce in Michigan, maybe season 5 or 6, I don’t think they should stick to the a pure northern Michigan trip. Here is what I would do, tell me what you folks think:

Very nice through Forest Dunes. But just keep that RV going up I-75, don’t even look at the Gaylord off-ramp and Treetops, and head up to Harbor Springs and play the Heather and one-two-or-three of the courses at Boyne Highlands.

They are in way better shape, much more architecturally interesting, and if they want a night outside the RV, reasonable and nice accommodations and restaurants. Then a little dip in Lake MIchigan on the way to Traverse City and down the coast.

I’d like to see a Chicago to Chicago trip. Start north into Wisconsin: Erin Hills, Lawsonia, Sand Valley, Whistling Straights. Head east across the UP and hit Marquette and Greywalls. South across the Macinaw and down the shore of Lake Michigan: Belvedere, Boyne Highlands, Arcadia. Grand Rapids for some combo or Pilgrims Run/Mines/Diamond Springs. Notre Dame. End with something in Chicago.

If you wanted to include private clubs there would be plenty to add.

It would take way more than a week and cost an exorbitant about of money. But it would show off golf in the Great Lakes quite nicely.

With the HIGHLY anticipated Season 2 of Tourist Sauce, Scotland, about to drop, let’s throw some ideas out there for the NLU crew for Season 3…if it is not already in the works.

If the boys do a Michigan trip I have a place for them to crash half way up the Lake Michigan coast line. There is a great 18 hole short course right across the street also.

I thought long and hard about including the Boyne courses. but in the end I just don’t like the Heather course (bad Mich Am experience doesn’t help). The other one I thought about adding was Belvedere. Perhaps skipping Gaylord and head to Belvedere, then stop at Boyne, Lochenheath, CD and Arcadia.

I can understand the hesitancy on the Heather, it’s decent, not outstanding, maybe sub the Arthur Hills course. I think the under-the-radar pluses of Boyne Highlands are four eminently playable courses at one resort that are all super affordable with great accommodations, in a beautiful non-commercialized setting. In my book it doesn’t get enough props as a really good public, family-friendly, golf friendly summer destination.

Sounds like a great trip… and great call out on Lochenheath. I played it 2 years ago when my group didn’t have Crystal Downs nailed down like we thought we did. Also, Kingsley Club (pure fun) and Boyne Highlands are good tracks that stand up.

Love the idea of either a Tourist Sauce or Strapped in Michigan. Aside from all the good obvious choices that have been laid out here, I will throw one out in between the Lansing area and further north areas (Forest Dunes, Gaylord area, etc) - Eagle Glen in Farwell, MI (not far off 27 or US-10 as you head to points further north). I don’t think you can find a better ~$40 course in the country. Might be more Strapped worthy than Tourist Sauce, but it is a great track. Would be the perfect tune-up round as you head to the more well-known areas to the north.

I have a four day trip with buddies starting tomorrow.

Also, Eagle Eye might be the most underrated course in the state aside from maybe the U of M course. Both are much better than the MSU courses (breaks my heart as as a MSU alum).

I grew up in EL and played a lot at both Akers East and West when I was a kid. I included Akers West because of the college town and course thing and thought that it would be fun for content. They have a plaque near the first tee celebrating all of the major champions who have played there, which is sort of cheesy, but also fun.

Now, Akers East is a bad golf course, it’s not even really a fun golf course. Not much width and basically no angles, it is the opposite of woke, but It is cheap option, which I respect. However I do think with a decent renovation AE could be a fun course that is still cheap to play. Widen the fairways to create some angles, add some bunkering, a put a ton of sand on the property to really firm it up. It may still be bad, but at least let it be fun.

A Tourist Sauce season in Michigan without playing Arcadia Bluffs would be a tragedy. University of Michigan course by alister mackenzie would be nice. Also, would be really cool if they could get on Crystal Downs.

This would be the only course I’ve played on that the NLU crew would have also if this were to happen. If they made this a thing, I would be freaking out if I saw a divot that I made or something. Also, if they get out there soon enough, they would have to play it with Mr. Local Knowledge @ericrbens

Not sure if they could pull it off but the Dunes Club in New Buffalo is a private 9 hole course owned by Mike Keiser. There’s no tee markers with lots of tee boxes and the pins are moved at noon so if you time it right, the second nine’s completely different. It’s one of the nicest courses in the Midwest. 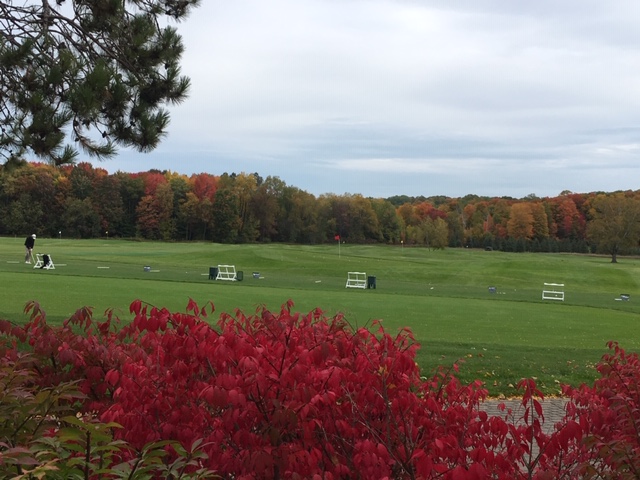 A Sauce trip thru Michigan without stopping in Detroit is a bold, but perhaps an unwise move. I would wait until Oakland Hills is revamped then consider a trip to include

It might be a very cool trip to ferry across the lake and play some Wisconsin lovelies or brave the UP!

Strong agree re: skipping Oakland Hills. I’d consider a Michigan Tourist Sauce to be woefully incomplete without it.

Working with our pro to try and get on at Kingsley. Would absolutely love to play that track. Anything that we need to add?

My one thought is that it’s a haul going from FD to Tullymore and Tullymore to Arcadia.

Maybe do Lockenheath do instead of Tullymore? It would be easier to stay near Traverse City (Lockenheath is right there), Lockenheath is just as nice as Tullymore (IMO), and would save you a bunch of driving.