The Refusal of RobertHunter, esq

This gif is going to give me an aneurysm

@RobertHunter I read your speech. Took a while.

I have to say it’s all very valid. But here are a few thoughts…

The whole ‘debate’ has opened my eyes to a bunch of perceived problems The Refuge has that I was largely unaware of because in my world it’s all about me and I don’t care about anyone else.

So, this ‘making it friendlier to newcomers’ thing. I’ve tried to think for 7.3secs like someone who cares and … my conclusion is that I don’t really care. The thing is, life is complicated and messy and beautiful things break. You can’t stop it. You’ll go mad if you try.

So it may be difficult and cumbersome now. Impenetrable. Obstinate. Uncontrollable. But it’ll never get any better. Only worse. That’s the nature of successful things. People ruin everything.

But I have come up with a solution.

Let’s set The Refuge to run for X amount of time. Then some newcomer arrives and is given special powers, without knowing it, that’ll eventually bring him to @McSchvantz, at which point The Refuge needs to be reset. Complete wipe. Threads gone. Usernames gone. History gone. Just a blank sheet to rebuild in whatever form the new version may take.

Then we all have to start again. Everyone equal. No clicks. No gangs. No Old Timers. Just endless horizons and possibility.

I think it’s such a good idea I might just pitch it to Warner Bros. It’ll be called The Refuge…

at which point The Refuge needs to be reset. Complete wipe. Threads gone. Usernames gone. History gone. Just a blank sheet to rebuild in whatever form the new version may take.

I kind of love this.

I’m in for sure. the ‘c’ on my name bugs me when I realized I could’ve just been david

I’ll be sure “Golf Chat” will be one of the first threads. Totally different than “Golf Talk”

“Has anyone ever heard of The Butt Club?”

“Did you just say The Butt Plug?”

My goodness, you make this job sound like being a mill rep. And you’re right. 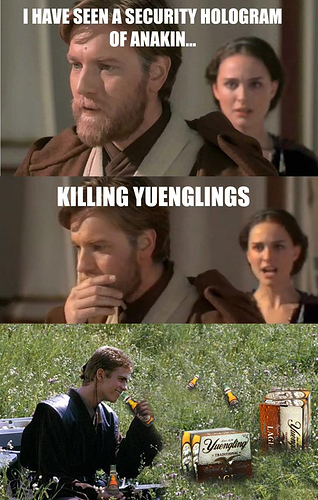 Okay this is hilarious. Can you imagine not knowing what this even means because you have NEVER SEEN STAR WARS??? Looking at you @Randy.

I’ve come to accept that if you didn’t see Star Wars as a child, you ain’t gonna like it. Let’s be honest, most of the movies aren’t that good.

A New Hope and Empire were good for their time, Jedi was alright as well provided you saw it when it came out.

The prequels were hot garbage, at least we had Natalie Portman

The most recent films were OK, but very heavy on Nostalgia.

I think this is the appropriate take. Also, Empire is still my all-time favourite entry in the series.

I’ve come to accept that if you didn’t see Star Wars as a child, you ain’t gonna like it.

100% for sure. I loved Star Wars. Was it because I could only watch them at my grandparents house when my grandpa had to go get them out of hiding and turn them on for us and it was the highlight of my year as a 9, 10 and 11 year-old? Absolutely. Have I seen any of them since the last one came out? Of course not… But never having seen them?? That’s wild.

My parents took me to see A New Hope in a drive in when I was a toddler, I fell asleep. However, it was a staple of cable in the early 80s, and I’ve seen it dozens and dozens of times.

Empire was my favorite, probably because it left off with everything in dissaray (Han frozen and Luke missing his hand). Also the Ice Planet battle was pretty cool.

I was already very invested when the prequel came out and I suffered through them. The last 3 films were decent in comparison, but only because I already had so much time in the previous 6 movies.

Don’t think its going to happen

Really just Randy, who has apparently never seen them.

The fact that Star Wars stinks is not a hot take though, right? Like everyone pretty much admits that and only really likes it for nostalgic reasons as mentioned. I thought that was the general consensus.

Why on earth would anybody voluntarily choose to do this in a forum of golfers who have been stuck inside for months?

Many say im too humble. But who can say?

Things not to say at a job interview…
What are your weaknesses ?

He hasn’t seen The Godfather. Straight up, @Randy is not a movie guy. It’s the dirty little secret of the Trap Draw.

He hasn’t seen The Godfather . Straight up, @Randy is not a movie guy. 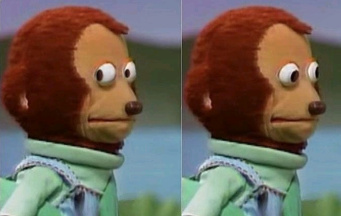 me two weeks ago^