The Refuge Worst Username Bracket (Congrats to our champion - PuttingSux69!)

I think I’ve finally met my match here. I’ve audibly laughed every time I’ve voted for you. In the words of Soly after his tournament win last week, “never got this far in my dreams.” Best of luck and long live 69 fans everywhere.

It’s a clash of the titans between you two. I have laughed out loud as well at both usernames every single time

he has a good story behind his username

Just want to clarify I never said it’s a “good” story. Don’t want to set expectations high at all

Now that I’m out, I think it’s time to explain my username.

I just had a thought. What if his name is actually Eric Denver, and he has nothing to do with Denver, the city?

This is well known already. Keep up

…is actually my real name? 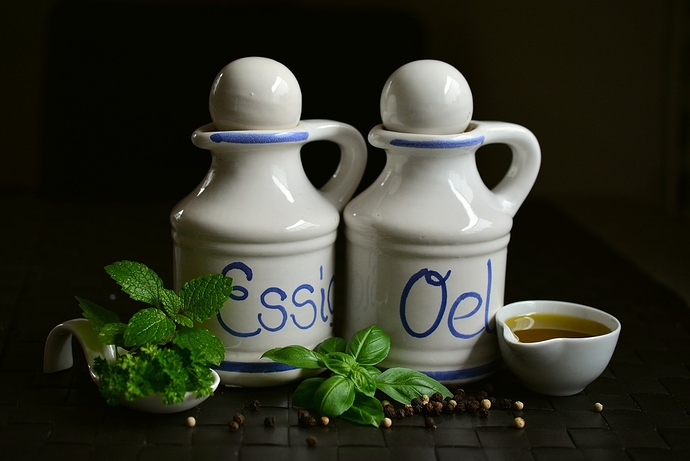 Add the random numbers at the end

Random? They aren’t random. You could ask the Roll Call: Washington thread what the numbers mean, but I’ll save you the time:

It’s the sophomore year of high school, and it’s PSAT testing day. We are randomly assigned to our testing rooms. I was assigned to the German classroom with the German teacher as our proctor. Before the test, it’s required she take attendance. We go through the age-old routine; classmates with last names A-D are called and say, “here”, “present,” or whatever way they think is funny or creative (but isn’t) to announce they’re there. The German teacher gets to E. She stops. She lays the clipboard down on her desk, does the half lean/half sit thing teachers do on the edge of her desk, takes her glasses off, and lays them on top of the clipboard.

I knew what was coming.

I’m half-German with some German ties on both sides of my family. My grandpa on my father’s side loves talking about our surname: an occupational name for our family that produced and sold vinegar near the Black Forest of southwest Germany. The china cabinet next to my grandparents dining room table has 4 or 5 different sets of “ole” and “essig” oil and vinegar serving containers similar to the picture above.

I would have loved to take German for the required foreign language requirement in high school, but I was born with a speech impediment. It’s not a lisp, stutter, or anything that’s very noticeable, at least that’s what my friends tell me. It’s all in my head. I wish it was easier to explain like dyslexia. Sometimes, words turn into syllable soup in my head. The easier it should be to say, like super common phrases, the more likely it is to turn into some slurred mess or that I just plain mess up. There are times where I know what I want to say, but I have to stop what I’m saying, close my eyes, try to envision what I’m saying, and almost read it aloud from my brain to be able to say it. My tongue and my brain just don’t want to cooperate.

My parents knew something was up when I said very, very little through age 3-4. They took me to a speech counselor to help me speak. I was too young to remember what exercises she had me practice, but eventually more words and full sentences were coming out of my mouth. It is something I’ve always dealt with. Because of it, I decided to take Spanish for my high school foreign language requirement. If I had trouble learning to comfortably speak English at the ideal language forming age, I wanted to take the least painful process to try to learn a new language as a teenager.

The German teacher scans the room. Instead of saying, “Matthew Essig?” for attendance, she asks, “Who’s last name is Essig?” I sighed and raised my hand. This whole situation is so out of place that all my classmates are staring at me. She starts questioning me.

My classmates start laughing. The German teacher starts grilling me, saying things like, “You are probably another one of those guys taking Spanish cause you think it’s the easiest to get good grades in.”

I wish I remember more to this story, but I space out from uncomfortableness. I’m supposed to be in the mindset to be ready to take an hours long exam, yet I have my classmates laughing at my situation, and a proctor that has it out for me now.

Every coach, P.E. teacher, some teachers of other subjects, and even some classmates have called me “Essig.” There are so many Matts around that it’s just easier, and it stands out. When it was time for P.E. the following week, the back-up quarterback (who would become our starting quarterback in our junior and senior years) calls out to me, “Hey Essig, or should I call you, Vinegar?” He gets a chuckle from some of the other guys that were in the same examination room, as well as me. It just became an inside joke.

When it came time to make a username for Twitter over 7 years ago now, I thought it would be fun to use my inside joke nickname. MattVinegar or MatthewVinegar looked dumb to me, and vinegar was never used in tandem with my first name. I settled on the prefix Mr. Unfortunately, MrVinegar was already taken on Twitter. Instead of adding numbers for letters or a 1 or 2 at the end, I decided to add the Seattle area code. My location is right under my username anyway. My username is a composition of two things that I want to keep important to me: my grandpa’s love for our heritage and my love for my city. 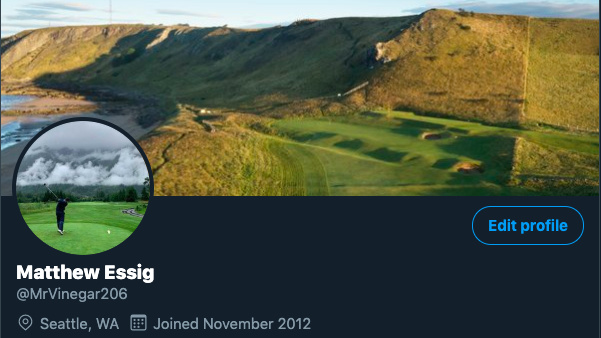 I use my real name for usernames sometimes, but when it came time to put in a username for the Refuge, a place where very, very few people use their names for usernames, I just decided to use my Twitter handle.

This story alone was worth doing this bracket.

I don’t know. Mine is probably better.

I tried to use Andy somewhere. And if you can believe it, it was taken. So I typed each letter twice, and then I thought it would be really lame to do that for “O”, I used 0 for some added pizzazz.

I was today old when I learned the “00” in your username were 0’s for your last name.

i was really, really drunk in Cincy (s/o everyone) and… somehow found myself singing Willy Wonka. Might have gotten deep into my own Spotify - it is on my musical themes playlist. Anyway, one thing led to another, and I was singing “the candy man”. As y’all know, I go by nandy on here. Nowhere else. Then it hit me like a lightning bolt. The Nandy Man. thus my instagram was born,

I am a golf-obsessed socialist and environmentalist.

Robert Hunter, author of The Links and friend of Jack London, Upton Sinclair, and Dr. Alister MacKenzie, was a golf-obsessed socialist and environmentalist.

I did a full spread for Playgirl Magazine. This was the name I did it under.

I kind of hoped you were inspired by The League

Did you spread your buttcheeks?

It was a full spread.

After all of this, I don’t think anyone is surprised that these are our two finalists. The top two overall seeds.

There is no stopping @4Left_MuniGolf

His winning % in his 4 matchups are as follows: