Personal update: The shoulder is feeling much better. Played my first round back last week and fired a 74 at sleepy Rolling Meadows in Marysville without a driver in the bag. Definitely a honeymoon/stranger-phase.

Looking forward to competing against y’all in the matchplay next year.

OR you’ve cracked the code and the driver is just going to be a memory from now on. Glad to hear you’re functional again though.

Could also be true. This 5 year old 3 wood off every tee > a new driver.

Nippfest 2022 with @UncleDrew was a raging success. With him in Sylvania and me in Cincinnati, logistics were not in our favor, especially because the halfway point is checks notes the middle of nowhere. With the clock running down and questionable weather looming, we did our own research to find some good old-fashioned muni golf near Dayton and stumbled upon Community Golf. Not one, but TWO courses designed by the Nipp God himself, Nipper Campbell. You may know him from another little project down the street, Moraine CC. When I got off the highway, I looked at my GPS and saw an alternate route to drive by Moraine and I seized the opportunity to get a glimpse of one of my favorite courses. 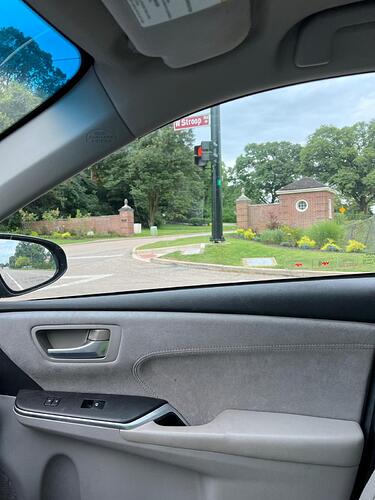 As I drove down Southern Blvd, I reminisced about why I love Moraine so much- the routing up the hill and back on each nine, the elevation changes that made you think about shots beyond the yardage, and the sight lines throughout the course that allow you to see at least three other holes at any given time.

Before I knew it, the road had ended and I was pulling into the Community Golf parking lot. I could see a massive hill dominating the backdrop of the clubhouse and the deja vu began to set in. As I walked in, I could see more and more similarities- it was the same topography, wide open and bunkering was limited yet deliberate. Nipper was on a tear.

All of this was confirmed throughout the round. Nipper had a real knack for using the undulation to create semi-blind shots if you are out of position and building some tricky greens. Aside from a few holes on the back, it was everything you could ask for from a muni. This course was Moraine Lite in the best way.

Conditions were…questionable. We had storms looming all day so the sky was pretty dark but it was somehow still bright? It was also humid as fuck. My shirt was soaked and it looked like I had swamp ass, but it wasn’t from sweat. We did avoid the storms though so it was a win overall. 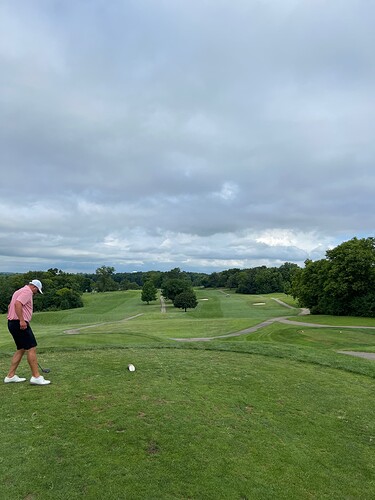 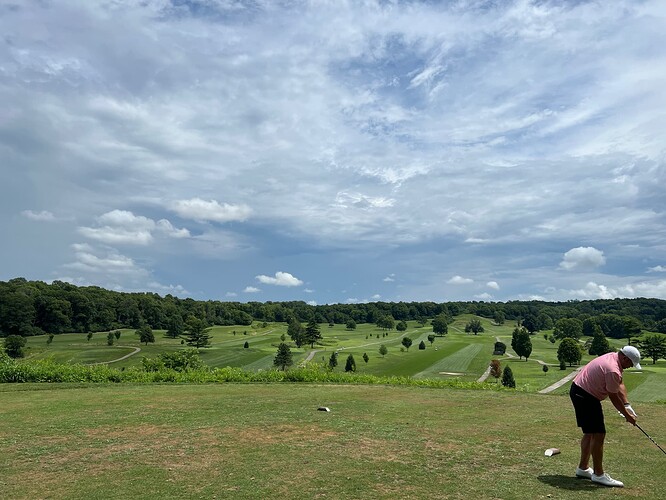 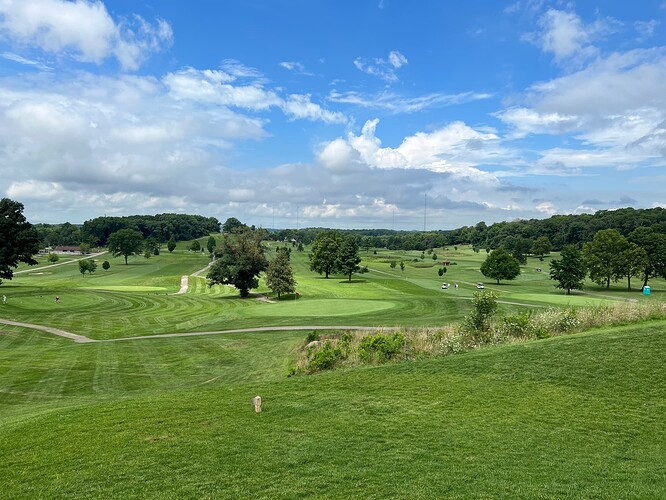 Before we talk about the round itself, let’s make one thing clear: @UncleDrew is a certified stick. He bombs drives, hits crispy irons and is never out of a hole. I am truly terrified of what his game looks like when he is fully dialed in.

When I left the course, I called the Dayton PD to report myself for involuntary manslaughter and gave the location of the body (17th green). The Dayton Daily News confirmed that his passing will be reported as death by buzzsaw.

I won the first hole straight up with a par and then put my strokes to work. My game was uncharacteristically consistent: my fade off the tee was under control, I was hitting my irons well and I just wasn’t getting myself in trouble. Although I wasn’t scoring, pars and bogeys were enough to halve holes and occasionally win. For Drew, he needed birdies to win holes, and the greens just did not do him any favors.

Knowing that we would play 18 straight up, Drew admitted on 16 tee (he was 1down) that he was holding on for dear life and just needed to make it to 18. We halved 16 and both had GIRs on 17. Pin was in the front, Drew was about 6 feet out and I had a gnarly downhill out from the back.I couldn’t read the putt, changed my line at least twice, then gave it a tap and left it in God’s hands. The pace was perfect and Drew gave me the par putt. Drew’s putt wasn’t much easier, downhill with a good amount of break- testy, to say the least. He gave it a good run but it just didn’t drop. Match was won 2&1 and we had a relaxing finish on 18 (not that it matters but I had a spicy tap-in bird).

For those wondering- yes, I posted my score in GHIN.

I’m glad you enjoyed the only true Dayton muni left, and congrats on the win. That area of Kettering is golf nirvana. You can basically throw a rock and have it land on NCR, Moraine, Dayton Country Club, OR Community.