The appeal of NLU

After listening to the latest Nest podcast on the NLU census - it got me thinking about the true appeal of NLU. There were stats about who listens - including the gender split, What content is liked the most, and so forth.

I have a few takes on why I think the group has been so successful - particularly in its appeal to me (and people like me - namely dudes). Curious what the crew @Soly @Tron @MerchCzar @Randy @djpie and refugees think.

The best analog I can think of is the original Top Gear (and later Grand Tour) with Richard Hammond, James May and Jeremy Clarkson. This is a group through its two series, even if you weren’t that into cars, I and many, many people, were enormously attracted to.

It wasn’t so much the car content, but it really was about the friendship and enormous camaraderie and chemistry among the hosts. It’s why the latter Top Gear (even with similar basic content) with different hosts seems such a flop in comparison.

I think this is very similar with No Laying Up. Yes the interest in golf is what might bring you in the first place, but it really is the group’s chemistry and camaraderie that keeps you engaged. I recall @soly saying in a podcast he couldn’t have really ever imagined people wanting to watch them putter around a golf course. And it really isn’t the golf itself that is the core appeal, but everything that surrounds it. That’s why the content that is best at drawing that chemistry out - Tourist Sauce, Strapped (not Crash Course - which is truly golf focused without the relationships) are the most beloved. They are journeys of the guys.

Similar to Top Gear there is also a strong NLU subculture - including this community, but also the memetic stuff in the group like the sayings, language, and running bits. I do think guys in particular are drawn to this kind of buddy relationship stuff like moths to a flame.

I wonder if this was recognized and intentional, or did you fall ass-backward into it by happy accident!? At what point did you realize you had something special?

In any event, I absolutely love all stuff NLU - there’s a certain lightning in the bottle aspect to it, that’s so amazing and lucky. Keep it up.

Excellent analysis. I’m going to use this comparison when describing NLU, particularly the videos, for people who aren’t familiar with it.

Edit: I would add, the comparison is particularly apt for Tourist Sauce. Strapped already draws a justifiably strong Anthony Bourdain comparison, as @djpie acknowledged in the recent Trap Draw episode about Strapped.

Agreed - I think this is a really good synopsis. “Like Top Gear, but for golf” works much better than “Well, these guys have a podcast…”

Definitely agree with all of this. All of the guys brings something unique to the table and it allows viewers to relate to at least one of them in some way. They’ve obviously been doing this for awhile but the ability to act natural and genuine on camera is an art that these guys have perfected and makes for even more authentic content. The only thing I can compare it to would be like watching early sketch comedy groups on the internet like Derrick comedy, College Humor or Stella. A group of talented people, working together, creating a new type of content and bringing the fans on the journey along with them.

Look forward to what the future has in store for NLU!

Interesting take and I agree with this. Thanks fully, no one on the NLU crew is a diva like Clarkson.

Agree but want it entered into record that Clarkson is a bit of a twat. (Pronounce that in British).

I agree that the guys really have created an amazing product and camaraderie in the golfing community.
Personally I think the next step they need to accomplish is to setup chapters or divisions of the NLU community with organized events to benefit local interest (the Colorado event last year sold out in 72 hours). These guys are almost reaching rock star status with demand of their time reaching an all time high, the only thing we all want to do is #getinvolved.

Yes, but he also hammed up that schtick, which is what helped it work for Top Gear…same with NLU, the characters they each have comes from their genuine personalities, but it is also hammed up a la Clarkson. Example is Merch Czar, a character that Neil has fully embraced and enjoys playing

Have you perused the forums?!?! Events like Strong Like Stella and all the Duels already do that.

Dont get me wrong, there have been some awesome events. However I think if there was more delegation from the top it would make for better organization and most likely more successful. You can’t tell me everyone that follows NLU is on the refuge either. Also trying to find events on the refuge is harder than building something from IKEA without the directions.

Those are part of the Nest Invitational Tournament, which is currently on hold obviously.

No Reservations: Big Randy would be a monster hit. Roll around to random cities, get a Sherpa, let it rip.

Seattle: Freddie tours his childhood mini, muses about gentrification and big tech, Randy provides some late stage capitalism takes before retiring to a Michelin starred establishment, capping the night at a dive bar.

You get the idea. 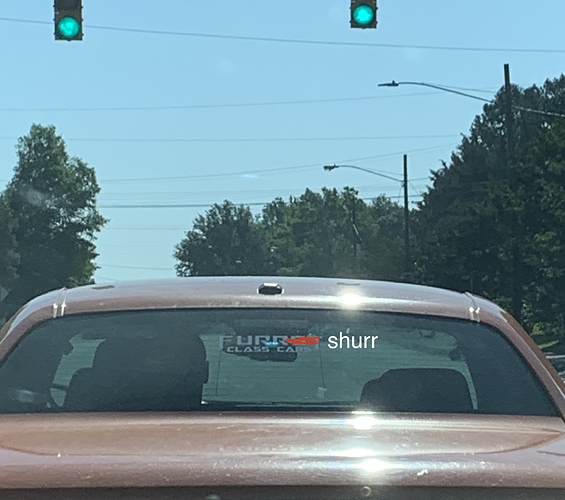