It would be very interesting to see how much of the staff (which isn’t caddies) is actually “in the know” to this. If I had to guess, there aren’t a ton of them that know nor care given they are just trying to get through the current period of time.

This isn’t news. Doak talked about the construction being paused indefinitely a month or three ago. It was maybe a Yoke with Doak pod or some other one.

I don’t recall that. That would be even more concerning seeing as those were recorded in January or February, well before COVID concerned most in the US.

Maybe it was a post on Golf Club Atlas. Made it seem like no shaping this year. Maybe finishing the tree clearing. Then hoping to pick up in 21. Did seem covid related.

That would make more sense. I don’t frequent GCA as often as I used to.

If they’re still doing tree clearing at the moment, that may explain why the caddies aren’t in on it yet.

I guess this is the first I am hearing of it. Given I couldn’t find anything about it in a quick search of Google, I’m guessing I’m not going to be the only one. Not saying you’re wrong that it happened a while back, just that I had never heard it more than anything. The fact that the caddies don’t know isn’t a shock, they are all independent and just show up to carry bags. The few friends I have that have or still do loop there, all say you basically get told as little as needed.

I have a couple of customers and friends who have their names on the wall outside of the proshop and have sent a message to them to see what they know, too.

Here’s the GCA post from Tom, about four weeks ago:

Unfortunately, it is on hiatus. No construction this year, apart from the clearing they’ve been doing.

Maybe not next year, either.

Some neat pictures a few posts down from that.

Thanks for finding that. I’m guessing that’s where I read about the pause. Hope it picks up soon. Those pics make it look very interesting.

. Assuming it’s the open nine holes twice, but excited to see what’s up!

Well, we got extremely lucky right away when the fella in the pro shop told us we’d be playing all 18 holes today. Was not expecting that little surprise right off the bat!

So yeah, if you’re planning on going the next few weeks and months, do not expect fantastic conditioning. A small handful of greens/tees weren’t cut down and some weren’t really cut at all, and there’s a lot of sod and surfaces still needing some attention. Long story short, it’s gonna need a little bit of time before it’s firing. The holes are functional, but I was surprised to hear that everything was going to be good to go by next week. Not horrified, but surprised.

There were also maybe two yardage plates on the course at this time. It was tough to figure out distances to holes, but it also surely affects carries over creeks and things of that nature. I’m assuming that is coming in due time, but if you have a range finder, for the love of god, bring it.

Shit’s wild, man. Now that we’ve taken a trip around and won’t be as butthurt about the design/layout quirks, I could imagine the appeal and enjoyment growing on replays. I picked up minor whiffs of Sand Valley/Mammoth, Bethpage, Whistling/Blackwolf, Pebble, and Merion/Shinny here and there, as well as some normal inland…parkland…marshy stuff. It’s a little bit insane, especially on some of the greens, but it is definitely different and aggressive on the senses in a great way. I think the more you play it the more fun it will get, fer sherrrr.

Two small additions: the putting course will be really fun when it gets into shape. We settled our match on it and had fun with the 6 flags available, but it’ll be even cooler once it’s full go. Also, there was a bridal party heading away from the course in a stretch limo when I arrived at 8 a.m. I hope they’re okay.

Pictures! (that are not in any order)

8th hole. fun little bowl right where that pin was 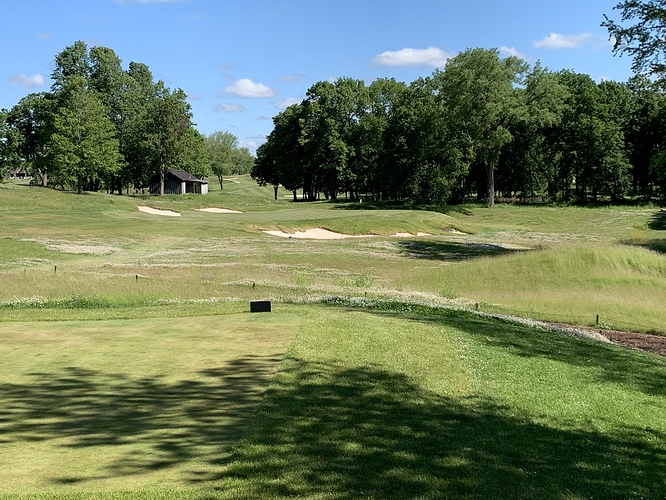 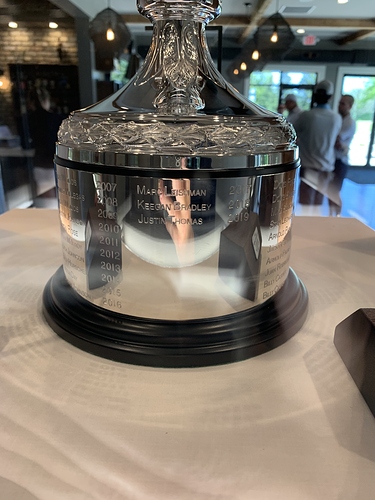 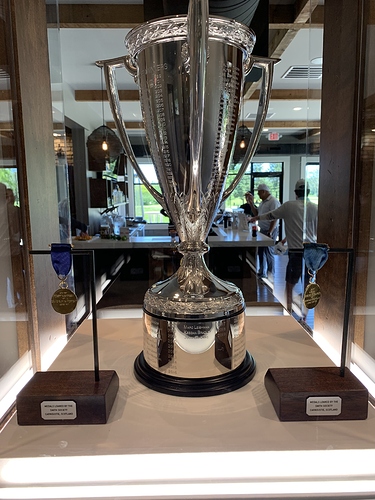 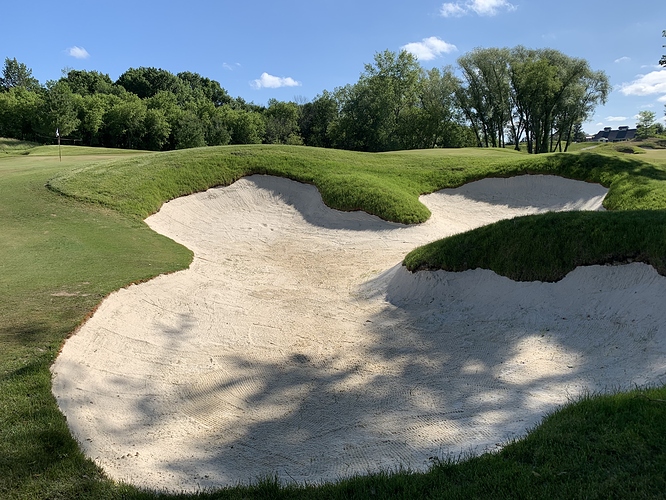 Approach up to 9 green 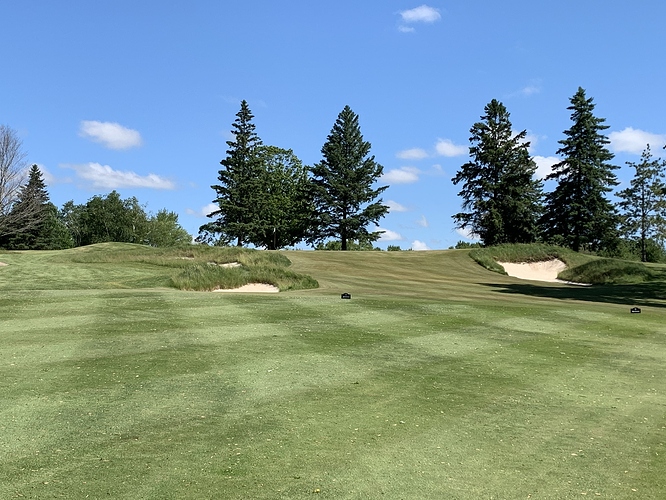 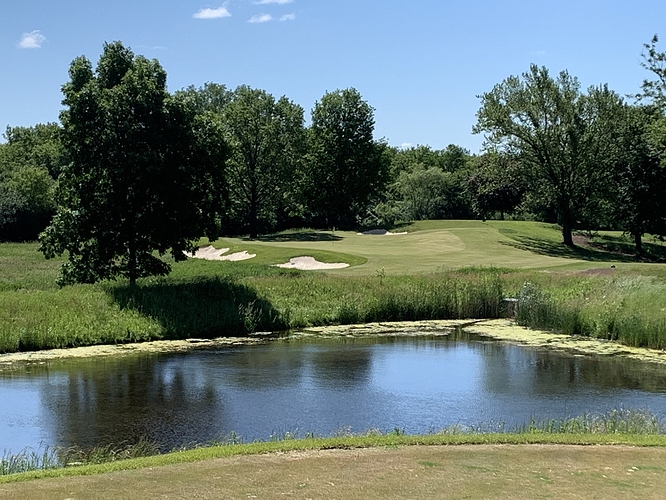 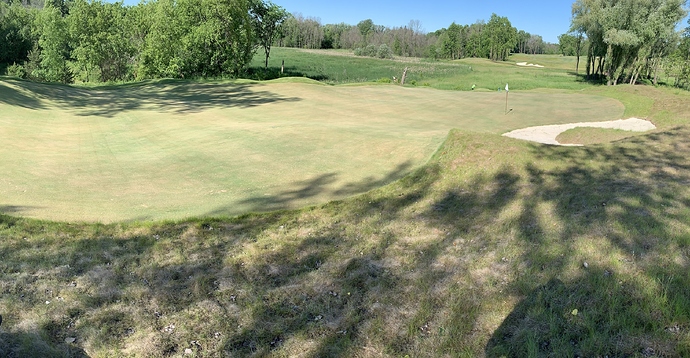 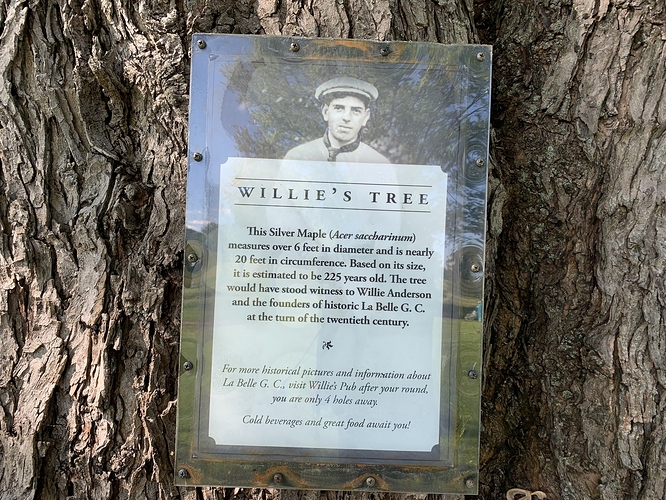 hard to say because we were the first group out, but if you’re a competent golfer, the walk is comfortable and you can move around at an easy clip (provided you know where you’re going and can easily figure out your distances)

it was getting a little busier as we were leaving though, with people a little bit confused about where holes were going and where the next one was. i’d avoid peak hours for a bit if you can

Friday is my birthday, so I took the day off. My wife works, so I have drop off/pick up duty for the boys.

I have an 8-4:30 window to drive somewhere, play golf, and drive back (start/end in Verona).

Anyone want to meet up? Suggestions on where I should play?

Unfortunately I’m working Friday then cutting out early to head out of town.

Have you played Washington County? Not a bad driving distance from Verona. I’ve never played, but have heard good things and it looks great on google earth.

Played Stevens Point Country Club this weekend. Neal, the head pro, could not have been nicer. I guess a few years ago they were victims of the DuPont Chemical pesticide that killed 3500 of their pine trees. The resulting settlement left them a pretty penny, and the ability to completely renovate the course and utilize the sandy soil. Here are a few of my favorite vistas from the round. From the designer of lac la belle and the founder of the land for sand valley, this is a delightful course. $80 unaccompanied fee includes cart, $55 to walk. Very walkable. Pristine condition. 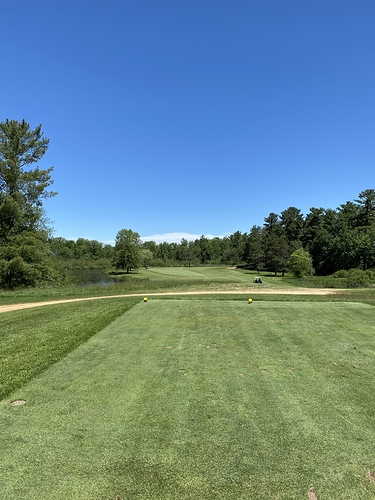 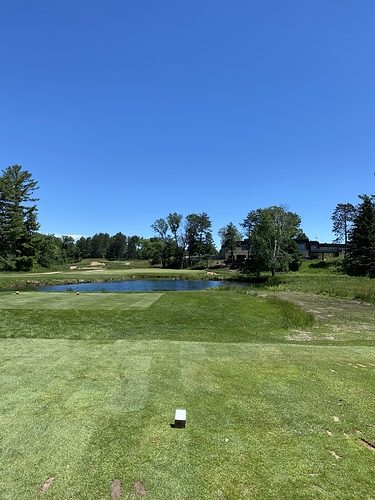 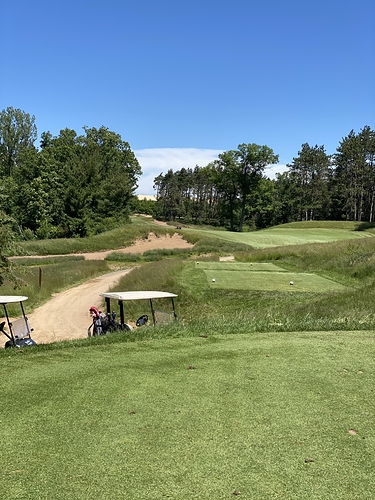 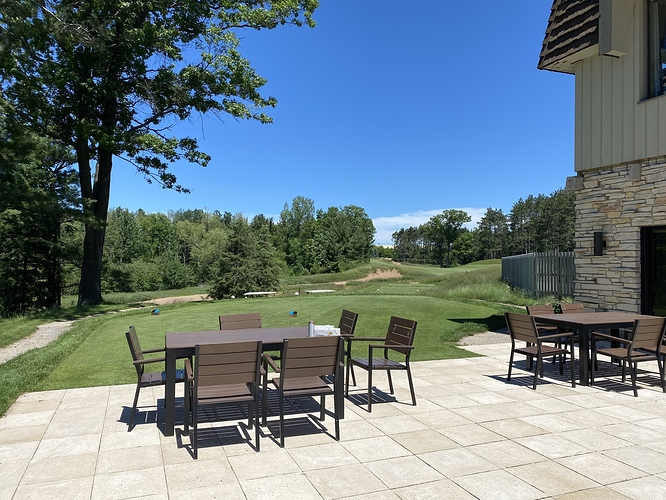 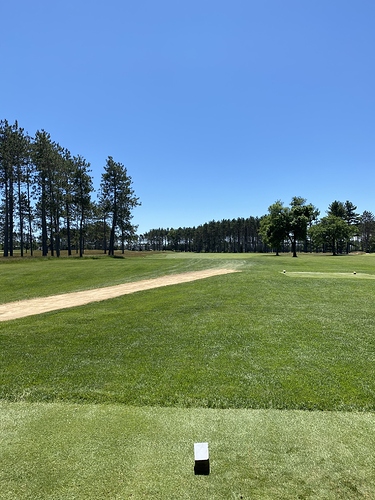 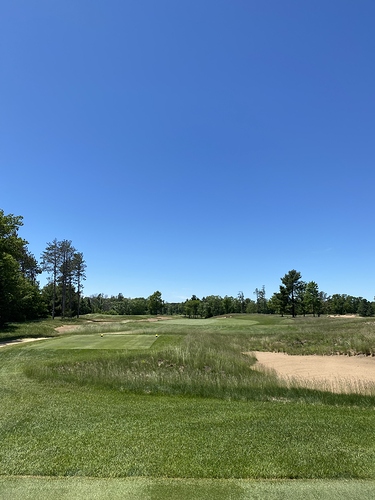 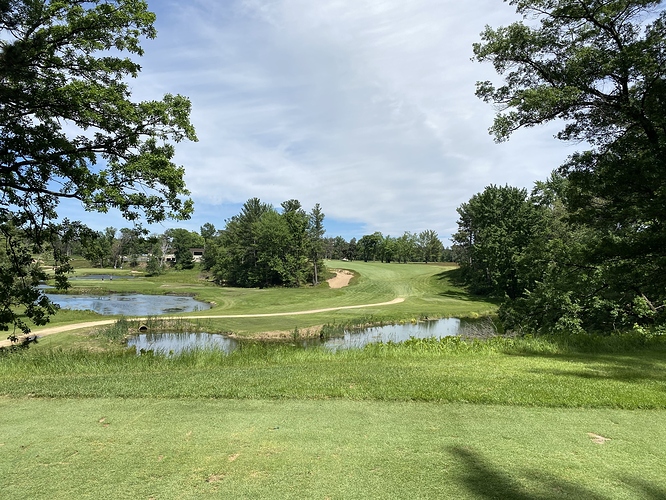 If you end up playing someplace relatively close to the Milwaukee area I would definitely be up for a round of golf.

Chris, depending on what your schedule looks like, I can possibly duck out of things Friday if you come this way. NS sheet is packed or I would say just come on that way for a free birthday round.

Thanks guys. I’m thinking I’ll need to stay a bit closer to Madison as the drive all the way over to Washington County or the Milwaukee area would be cutting things a bit closer than I’d like. (If my wife didn’t work I’d likely head up to Lawsonia…)

If I get my act together and actually plan something before Friday morning, I’ll throw it out here.