Lived here for 12 years. Worked in the golf business for a few, covered the PGA in '07 and helped score the US Am in '09. Was supposed to get a round for that. Had two decent friends who were assistant pros there who were always all talk about getting me on. I still haven’t played it.
The new restoration just makes me want to play it even more.

Just wanted to say thanks to several folks in this thread. I’ve never been the ‘new guy’ anywhere, and really appreciate the warm welcome to OKC that I’ve received from the golf community.

Since mid November of last year, I have met and/or played golf with @timshel, @Hoppock, @Mish, @tydavis43 as well as several others not #onhere or that I met via Twitter.

I know it’s hard to sync schedules, and I am especially guilty of this with travelling so frequently on the weekends… but we need to all get out together sometime soon for some golf + beers after. Doesn’t get any easier with college and pro football starting shortly, but does the weekend of September 28-29th work well for anyone?

Also have been driving down I-35 by Twin Hills a lot recently and need to see that place if anyone can help. It looks absolutely awesome!

does the weekend of September 28-29th work well for anyone?

I’m in the process of moving from Dallas to OKC. Not quite sure I’ll be settled in by then but I’m way in on getting #dialed this fall.

I can probably make it happen - may be in Stillwater that Saturday though. And let’s chat about Twin - I’m sure we can find a time to make that happen in the near future as well.

I am also trying to make that game as well, decked out in purple of course.

Haha I definitely would not be surprised. Almost went to K State - I kinda like em/am partial to them of all the other big 12 schools. Though I’ve convinced myself OSU will definitely lose to Les Miles this year. Hoping that will be our only loss to a Kansas team.

I’m clearly delusional. In reality I don’t see where K-State gets to 5 wins this year looking at the schedule and we are picked 2nd to last in the Big 12 ahead of only KU.

Quite the wind and light show in OKC this evening. Hope no one has lost any trees (except the golf courses). #naturaltreemanagement

The natural tree management was in full force at Twin during that storm. 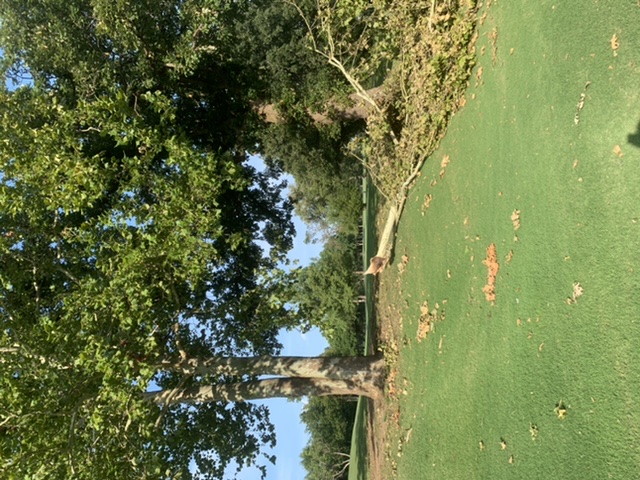 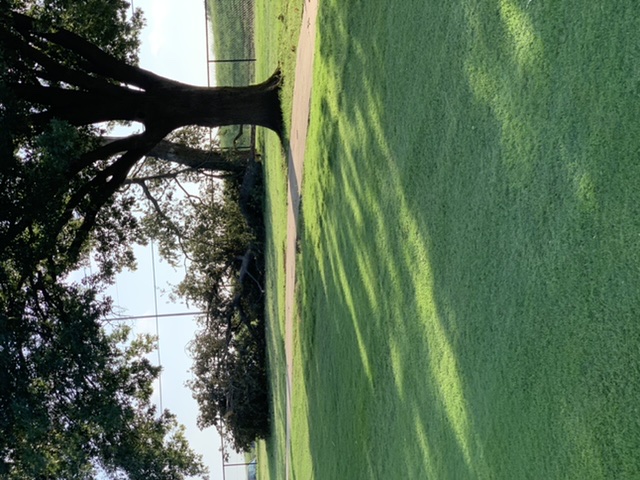 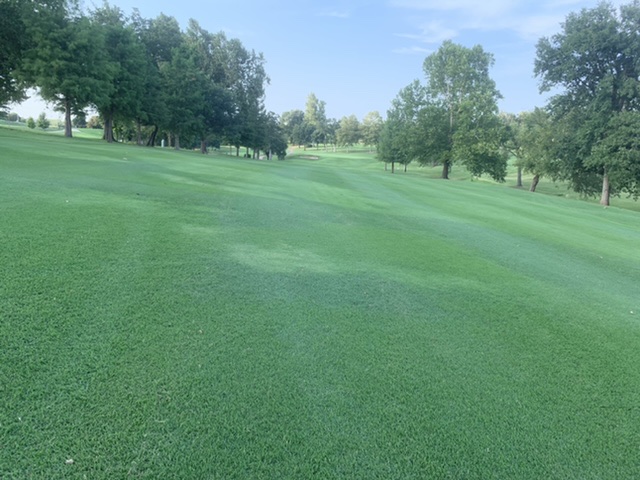 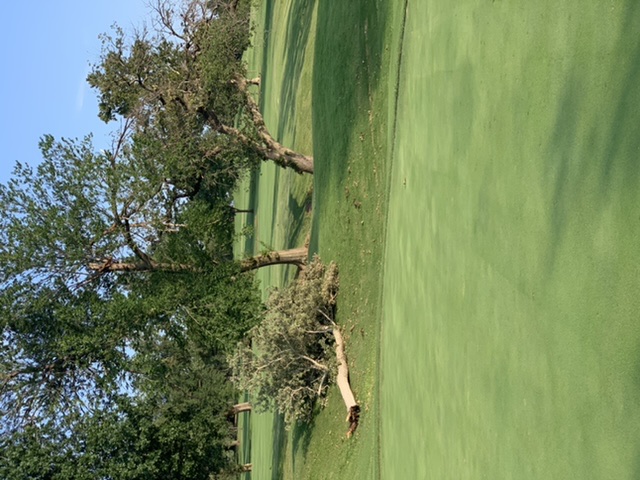 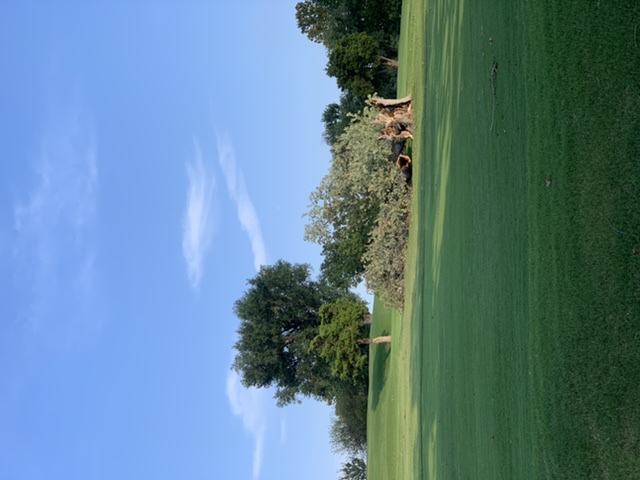 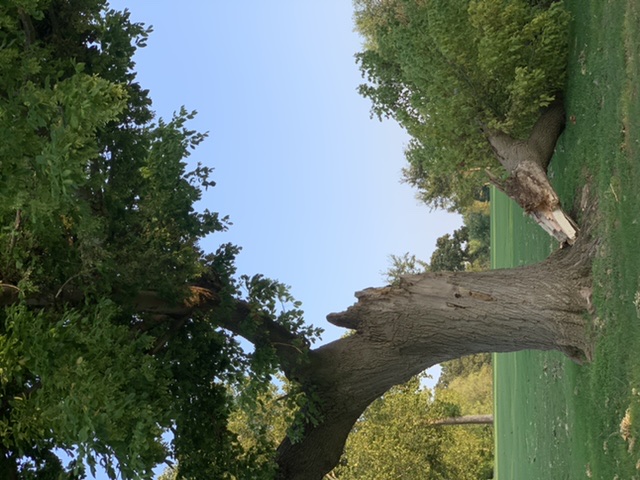 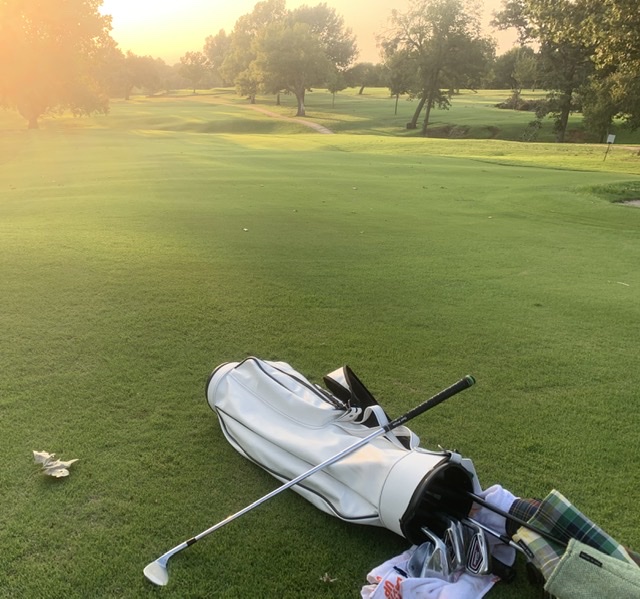 (I have no idea how to rotate photos on here and they’re showing up normal on my phone. Sorry guise.)

Man that place desperately needs it. Such a great layout that could be INCREDIBLE with a renovation that takes out about 70% of the trees and restores the greens.

Enjoyed meeting/playing with @Hoppock yesterday…conditions were really tough out there (TW voice). Day full of perpetual misclubbing, punch-outs, and even a couple lukewarm Miller Lattes. Look forward to more fall golf with other OKC refugees as well!

Waited for two hours in the clubhouse Friday for rain to clear off in Grove but once it passed it was delightful. Patricia Island isn’t a course to write home about but it’s always in pretty good shape and fun to play.
We stayed at Indigo Sky Casino Friday night and had to rearrange stuff for shitty weather Saturday too. Had a morning tee time at Peoria Ridge but ended up playing back in Tulsa at South Lakes closer to lunch time. Was Super windy and a bit soggy.

I’d love to get over there and join but my wife is working this weekend so I have both kids.

Well it might be from me one of these days…my wife’s family and office HQ is in Tulsa so I’m around a decent amount. Where do you typically play?

I am a bit of a vagabond. Played LaFortune on Wednesday; South Lakes two weeks ago. Where ever is convenient and available.

Is Clary Fields still kicking? I used to play there occasionally just because I knew I’d have the course to myself and it was a decent layout but I can’t imagine it’s still around.