Roll Call: Ohio (Post fall maintenance intel if you got it!)

West Side of Cleveland here…about 1/2 an hour. Love to play all over O…H…

Just an update on who our keynote speaker will be for the Little Hercules Golf Classic. I hope those that are in the area will consider coming out to our event…I promise you will not be disappointed. 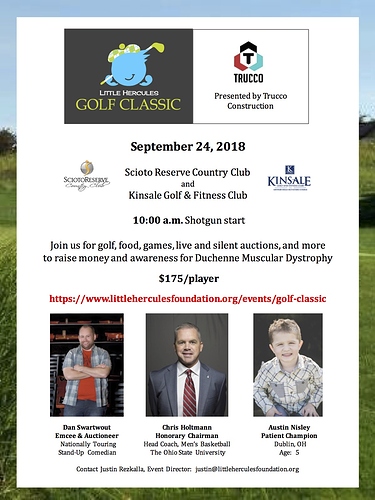 Anybody from Cleveland ever want to play a round let me know. I’m currently downtown and will drive east, west, or south to play

Cleveland here. Long time, first time and whatnot. Hello all.

Shout-out @anon81973724 for joining me and a couple of buddies! The buttercut plays. 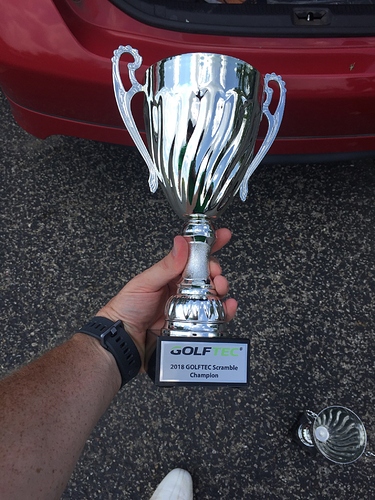 Refugees unite!! Great example of two way too hardcore golf nerds getting together. @scuff ‘s buttercup is over-advertised, once straightened out he was a scramble legend

If any Ohio area players are looking for access to some great private courses mostly in Columbus our event silent auction is now live online. You do not have to be playing in the event to bid. Just need to register, email, cell phone, and a credit card. We have auctions for:

Finally, there is definitely some other cool golf and non golf items…and the money raised all goes to a great cause.

Maybe I missed it, but do you have a link for the auction? Thanks.

I live in Dayton, I am in Circleville for college. I worked at Sugar Valley this summer in the cart barn. The new pro shop opened earlier this spring and is very nice. They endured both a lightning strike and a kitchen fire.

Columbus here. Just moved and looking for a league or a weekend game to get started once the weather gets better.

Bad time to be waiting on that here- only about 7 months until we have consistent golf weather again!

Cincinnati, raised in Colerain (Go Cards!) and went to Miami U (S/O Uptown). Grew up sneaking onto Clovernook CC via my uncles backyard. Played pretty much every course the tri-state has to offer. Played a lot of Hueston Woods and Indian Ridge when living in Oxford. Now I live in Ross and play pretty much all the same courses I did growing up.

The Nook! I just played that for the first time a few weeks ago, what a fun course.

Columbus here as well. Play mostly on the eastern half of Columbus, occasionally going out as far as Granville for the Dennison Course out there.

From just west of Dayton, play mostly around the Dayton area at courses like Kitty Hawk, Heatherwood, Cassel Hills, Beechwood and Pipestone

I’m from Dayton, Kettering specifically. I’m a college student attending wright state, and the I’ve been lucky enough to play NCR North and Moraine a couple of times. Unfortunately I’ve never played NCR South but hopefully this summer that will change. I usually just play the public courses around Dayton though. Also Moraine is just as good as advertised, the renovation has brought life back to the course and it’s spectacular.

Ha! My in-laws live in Kettering. They live off Stroop…I have to go past Moraine every single time I go to their house…I just stare out the window while I yell at my wife to slow down.