That was truly the most infuriating round I’ve ever played. I was playing really well and just completely fucking ejected on multiple holes. 2 doubles, 3 bogeys, and a 8…

Gonna be a long final 2 rounds to try and break par when I feel like I could’ve been flirting with 12-15 under early on.

This game is a roller coaster

You guis who qualified in the last event, your flights are assigned now, please refer to either the scores you posted or the Flight Status/Player List tab @Fil @wseitz26 @msac @LeefAaronsen @JAD

I am both scared and excited to play these rounds tomorrow…

Ripped through mine tonight. Made a 9 on #16 in round 1 after putting an 8 footer off the green then leaving the subsequent pitch shot short. Just a diabolical place to miss. Had a 5ft putt on 12 in round two that went off the green also.

Other than that I actually played ok? Will be interesting to see how scores shake out.

Waiting on @astrodupes to drop in

First round in the books. All I have to say is fuck #12

For those that signed up for The President’s Cup we have finalized the list and will get things going today. Please check that thread for more details. 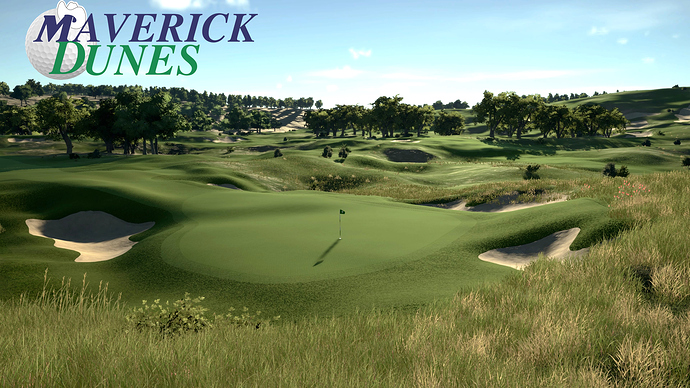 In case anybody thinks the course designer is immune from a rub of the green…I got hit with two screwjobs in the second round. Fortunately I captured my misery on video for all to see.

The first was on the 2nd hole was some sort of glitch in the game where, without me touching the stick to swing the club, it hit a 100% putt for me that went from a great birdie look to a double bogey.

The second was on the 10th hole where some would say my tee shot was too good.

I played each round with different ghost players so I could see some of the fun/misery that others had on PS4. I’m confident that the courses I’m working on now won’t have greens that are quite so severe…but the green contours and wind are the only defenses I gave to Maverick Dunes. 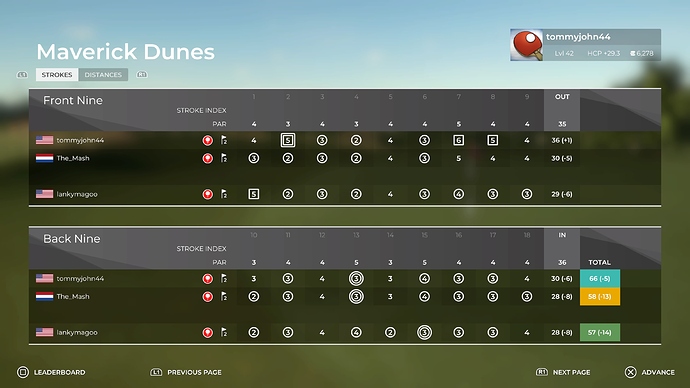 I’m so excited to be pretty much the most average person in the Young Hitters flight.One more +0.5 strokes gained outing should put me exactly at 0 for the season.

I look forward to continuing my career as JJ Henry of the NLU Refuge tour at Maverick Dunes.

After only playing one practice round I was very nervous I broke the game when it put me at very different tee boxes. Fun course!

Tough place to score at unless you’re able to hit tight targets. This event will not be my time to shine given that I’ve been playing like trash the past few days.

the firm and very firm turf conditions the guis are using have really made the ground game important here. The old game (under which I built the course) didnt show a significant difference between soft and very firm but 2k21 clearly does. For example, I can’t get a ball to hold the 13th fairway unless I play a full draw into the right side of the fairway. A straight tee shot to the right edge kicks across into the heavy left rough.

There are a few shots such as that that I didn’t experience in testing the course for porting to 2k21 but have now shown up for me in tournament play.

IMO, a key to playing well at Maverick Dunes is to read the slopes before to figure out which ones you can use to move your ball closer to the hole and which ones you need to play away from (such as the front right side of 7 when you’re playing to the second round pin location).

It was nice just getting out there today.

Cool course and some serious ejection areas…was fun, I learned things from round 1 to round 3, but still missed some execution.