In the Refuge edition, you will make your way across this great land of ours from Orlando, Florida to the fictional 2020 U.S. Open at Bandon Dunes in Oregon. 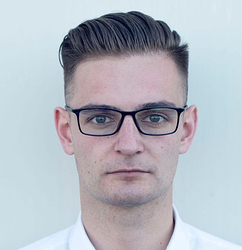 image667×689 96.9 KB
A wiry Englishman who has moved to the sunshine state to pursue his dream of winning the U.S. Open. He’s been working as an instructor at a driving range in Orlando for three years. Nigel doesn’t drive, has a bank account of $19,000 and, if we’re being honest, should maybe be more focused on a career as a club professional. But he’s not afraid to chase his dream. 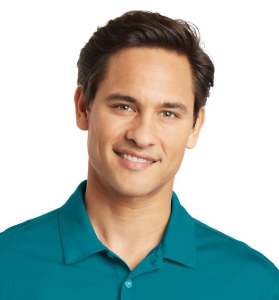 Fresh faced country club kid who had a decent DII career at Rollins College that included one (rain shortened) individual title. Wells has promised himself that post-college he would dedicate two years to chasing his dream of becoming a tour player before retreating home to work for the family business. Nigel drives a 2011 Lexus RX350 that was his mom’s. He’s got $2,000 in his checking and an Amex with a $40,000 limit. 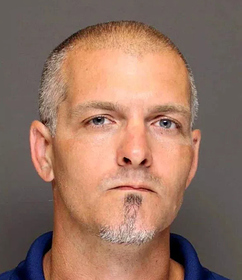 Jason won the 1998 Michigan Boy’s High School championship by 6 shots before flaming out of the PGM program at Ferris State. When the mortgage business and his marriage flamed out in 2008, he got back into golf and moved in with his parents in Pompano Beach. He’s been cashing Florida mini-tour checks ever since. He misses his two kids, but tries to spend Christmas or Thanksgiving with them every year. He’s a born-again Christian with $8,000 cash and a 2009 Honda Odyssey with 120,000 miles.

The Journey
You will be given options for what steps to take as you embark on your journey. Each option comes with ups and downs- some can be life-changing.

This is a one player game and it could take weeks, maybe months. We need one volunteer, preferably someone who has not starred in WWTBAM or Jeopardy or won a Woke Bracket.

Who among us has the guts to chase their dream?

I’ll do it, if no one objects. I pick Wells.

Welcome @nandersen! Have you ever played before?

You’re on a serious heater, @Lazstradamus. In 2018, summer was a relatively quiet time for the Refuge (with real golf to be played and all), but in 2019 we’re literally trunk slamming and/or missing actual tee times to see what you’re up to in real time.

I loved this game as a kid. Why did you pick Wells?

(@DeepFriedEgg is so mad at me for not doing family feud…)

Why can’t you run multiple gameshows? Isn’t that what Merv Griffin did?

Son of a… this woulda been sick. Watch out for dysentery

Well, as you said, Nigel doesn’t drive, so you can’t just hit 3w off of every tee and expect to be competitive on the pro circuits. Especially on the KFC Tour, which I’ll have to go through, where they just shoot 61-62 week in and week out.

Jason, on the other hand - who the hell is going to sponsor a man with facial hair that looks like an upside down T? I’m sure he’s good at golf, as a competitive mini-tour player, but I’m trying to go the Richard Flowers route. I want to be competitive, win 0 majors and few tour events, but somehow end up at #21 on the career money list. I want to be sponsored because I look good, damnit.

Besides, I (Wells) am a country club kid. I might only have $2000 in my bank account now, but I’m going to first write letters to all the wealthy members at my club back home and ask for financing. You know, all the members I caddied for before going off to college to ply my trade at the amateur level.

By the way, if you look at Rollins College’s Men’s Golf Roster - https://www.rollinssports.com/sports/mgolf/2018-19/roster

You have two choices:

What’s it going to be, Wells?

I Totally would have gone with Jason. Kind of looks like me and is very close to my life timeline except that a)I lost the state championship by six…teen strokes and b)I chose custody over golf in 2008. Christmas and thanksgiving are the only two days a year I don’t see my kids. I do not have a goatee. Anymore.