None of Us Can Breathe

I was watching the BBC US news this weekend and thought it was pretty good and unbiased (more fact based), maybe I’ll tune into them more often.

Yeah, the Beeb is much better than any cable news TV here. The problem is w/ “editorializing”. Now, I see what you’re saying in individual stories, but editorializing what content you publish and emphasize is inherent an unavoidable. So, by your rubric, all news is inherently biased.

Circling back to the original post that got us into this convo, we literally have video of cops kneeling on a dude’s neck until he dies, and we get Tucker, Fox, and other outlets blowing dogwhistles about the cause of his death. And people believe this because it aligns with their world views, and their team is the ones telling them about it.

We’re in a post-fact world, and we’re all so so fucked.

You can present facts with a bias though too! I just think perspective is completely unavoidable in literally everything - journalism, art, entertainment…

Maybe what we’re trying to describe is media/journalism that’s free from partisanship. I’m all for that.

The Rise of Corporatespeak / gatorz doesnt like consulting Publishing House

A friend of mine sent me this (long) article, and I just finished it after a few days of reading off and on. It’s really well done, and will hit home with most people who work in offices. It doesn’t really propose any solutions, other than to stop using ridiculous phrases that don’t mean anything, but figured this could also be a spot for people to drop in their pet office language peeves. Mine is that the emails that we send out to our guests and prospects are called “e-blasts”, instead of fuck…

I’ve yet to find any broadly engaged news media outlet that is not biased toward the state, which is the worst kind of bias there is.

Sorry about this, just wanted to make sure there was alignment and we were all on the same page. TIA!

circling back on a ‘quick touchbase’ call

I have been watching reading the BBC for 6-8 years now. I am a fan.

It seems the best coverage of the US is from foreign sources.

In my opinion, you can be unbiased and lean right or left.

It seems like we revisit the bad journalism topic in a every thread— and that is understandable.

I’ll restate my belief that Associated Press (AP app is good read) is pretty solid. NPR can have some slant but also has a lot of reasonable and upfront delivery on why they slant.

The trick is spending just enough time in the swamps that both extremes are using: Fox CNN and MSNBC the glaring ones. As much as it sucks, I find you have to get inside both echo chambers to try and get the real picture.

April 4 is also the anniversary of when MLK was murdered.

The trick is spending just enough time in the swamps that both extremes are using: Fox CNN and MSNBC the glaring ones. As much as it sucks, I find you have to get inside both echo chambers to try and get the real picture.

If this is what we end up doing, essentially taking an average of extremes and calling that the truth, we’re still missing perspectives that were excluded by the people in control of the newsrooms at the management level.

Also, there are different levels of bad.

There’s the getting caught up in the Beltway inside-baseball bullshit and there’s actively stoking racial division and pushing quack medicine. Both have deleterious effects overall, but some “news” is radicalizing people in ways that lead to things like mass shootings.

Don’t disagree with you at all. Definitely want no part of that average. More of an understanding that 40% is viewing NOTHING but Fox and and 40% is viewing NOTHING but CNN doesn’t leave two many reasonable educated folks left for the discussion. So going into the swamp on both sides to see what tunneled vision they are seeing and being willing to pick away with some reasonable push back is all I’ve got left in the tank. Depressing as that is.

Bias and lean are literally synonyms.

Ah bad word choice. By “leaning left or right” I mean your beliefs tend to fall in one category of beliefs more than the other.

I don’t think anyone can truly be unbiased and location of beliefs on the political spectrum is pretty independent from amounts of bias ie centrists aren’t necessarially any less biased than right or left wingers. 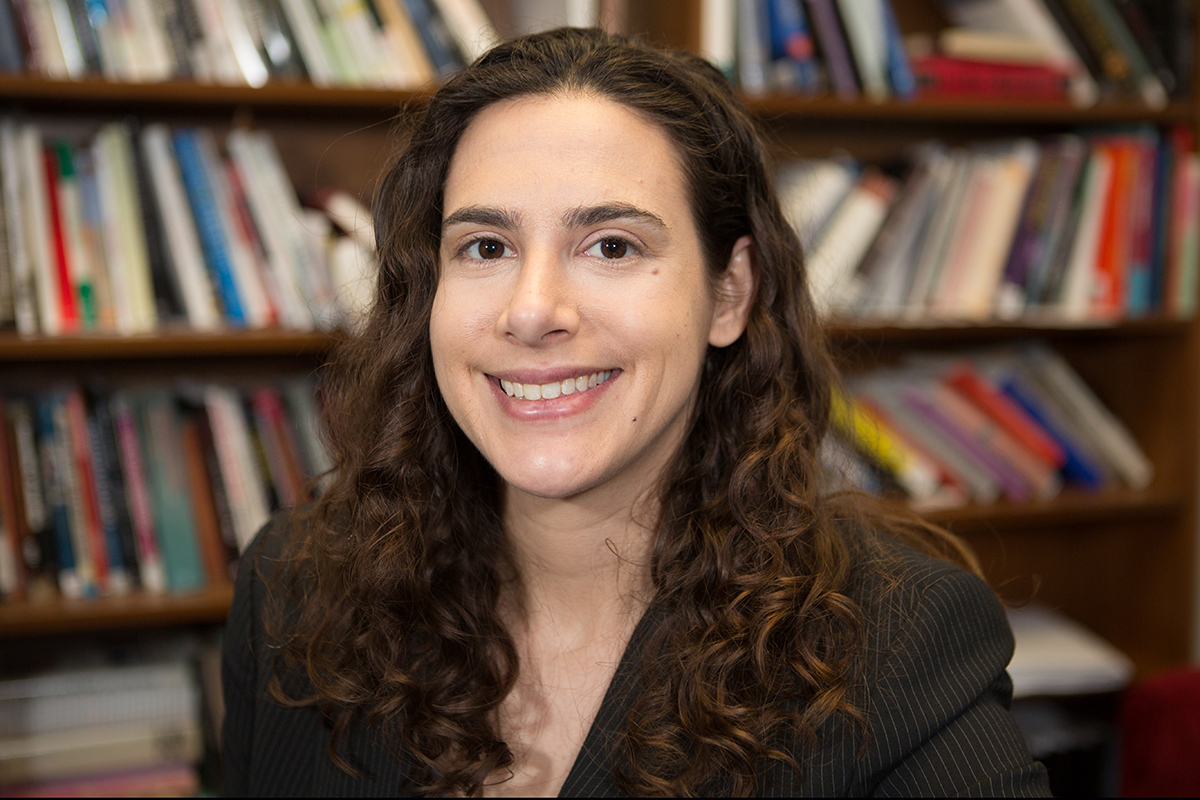 Journalists’ Twitter use shows them talking within smaller bubbles

Washington, D.C., journalists are clustering not in one “Beltway bubble,” but in “microbubbles,” says an Illinois study of their Twitter use.

Journalists in Washington, D.C., have long been accused of living in a “Beltway bubble,” isolated from the broader public, talking too much to each other.

Their interactions on Twitter, however, show them congregating in even smaller “microbubbles,” says a recent study. The journalists within each communicate more among themselves than with journalists outside the group.

Several things stood out for Usher in examining these specific clusters. The large elite/legacy cluster, with some of the most influential news media prominently represented, was also among the most insular, she noted. More than 68% of the cluster members’ Twitter interactions with other journalists were within the group.

“I was also really intrigued to see that there was a television producer cluster, where Fox was in the mix with ABC and CBS, which might explain why we tend to see a lot of the same faces on TV news programs.”

One cluster was labeled as CNN because more than half its members were CNN journalists and much of the conversation related to network stories and personalities, which Usher found problematic.

“CNN is telling a story about what is happening with CNN, and that is worrisome. Maybe that’s an organizational branding strategy, but I think it potentially has deleterious effects for public discourse,” she said. 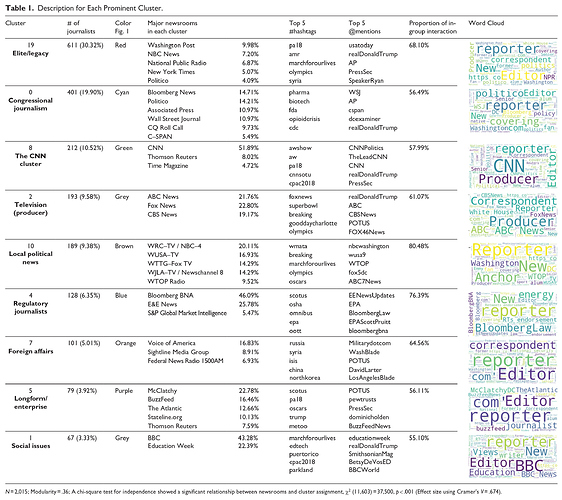