I’m so in on this

First time long time. Having trouble deciding if Old Mac or Bandon Dunes is my #1. Does Old Mac need to be #1 for admission? Pac is my clear and somewhat distant #5, Sheep is #4, and Trails is #3. Regardless of the decision you all should like this: 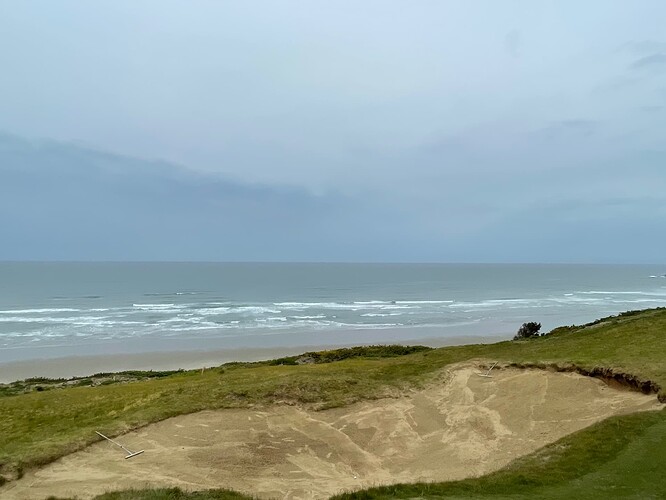 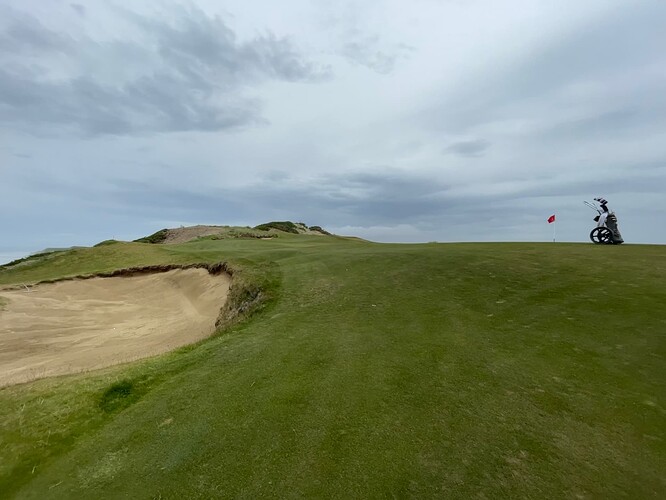 Should I get on Twitter and blow up the Fried Egg for breaking the party line and not winning enough? 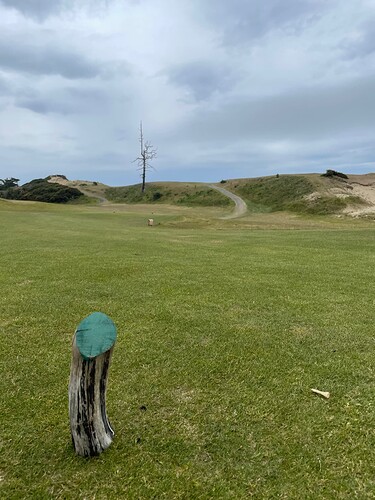 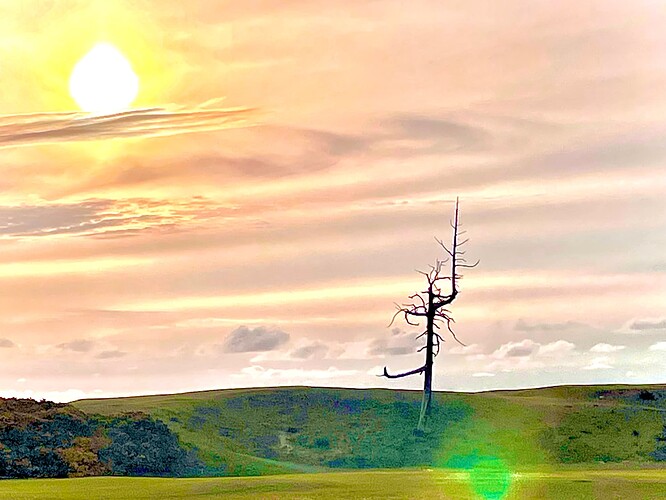 Is Pac #15 included in this? Having a massive bunker that visually blocks the second shot unless you take on the left side with your tee shot? Cool. Centerline bunker that creates some strategy and stress on a layup? Cool. Having the damn centerline bunker hidden behind the huge bunker? That’s some dumb shit.

I’ll take this back if the centerline bunker is in fact visible from the center/right on the second shot, but I’m pretty sure it isn’t.

Isn’t there only one center line bunker to worry about on the second shot? Maybe I’m mistaken that hole is generally pretty forgettable to me

Edit for reading comprehension: I see what you’re saying.

The morning after the farewell dinner, I stopped by the Old Mac pro shop before heading to PDX to get the Ghost Tree Levelwear hoodie. Unfortunately, they didn’t have my size … but next to the counter I saw this Hoofer Lite bag with a starry night design and the Ghost Tree over on the ball-pocket panel … yea, that was coming home with me. And, for a little extra charge, the friendly folks in the shop were kind enough to ship it to my apartment in Brooklyn. Old Mac Super PAC 4ever. 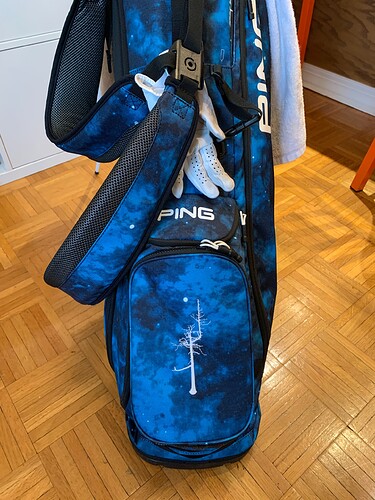 The more the merrier!

Happy Anniversary to this thread’s conception. Which leaves me wondering and begs the question: Will there be more Bandon offspring @Tron? 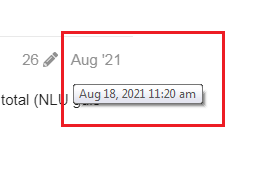 I’m ready to go back…

Roust 3 more NorCal guys and join our crew in November! 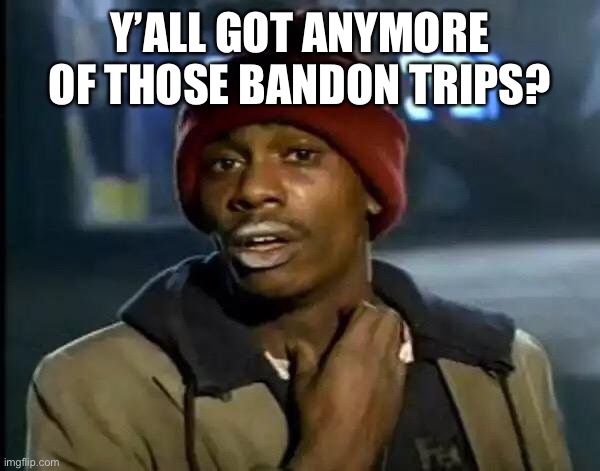