Event Format
Based on those signed up and committed to the event, there will be 18 players comprising 9 singles matches. The players will be divided among two teams captained by @mplsgolfer and @tbruhsch. A random draw will determine the matches, and the matches are handicapped by GHIN difference. The TC Way governs all play: “Use your best judgement, don’t be a scumbag.”

This is not a NIT qualifying event–come for the love of golf and the hang.

Pairings and tee times for the singles matches will be announced next week.

Payment Information
The cost of this event is $45.00–which covers the walking rate at Baker National. If you need a cart, you can take care of that day-of at the course. No frills, just fun.

Baker National has asked that we submit one lump payment for the group that I will coordinate. I’m asking for your payment ahead of time and no later than 9/26/20 - please Venmo me @EricWSchultz, and include your name/refuge handle so I can mark you off the list. If you have any questions about payment, please DM me. Failure to pay ahead of time will result in your spot being lost.

Nothing formal planned for the post-round hang, but would imagine that the patio at the clubhouse will be full of Refugees and cold beers as the results are posted.

Any other questions? Reach out to me or @tbruhsch

Thanks everyone, really looking forward to a great day. Will update this thread periodically with other announcements and smack talk.

Is there a local sportsbook that will let me place $20 on @LonnieMollo?

I think that’s a safe bet - I’m at a point where I’m only a threat when I’m away from my home course.

I am coming into this with zero rounds in a month, should be interesting!

Can we get a bracket pls/

Bracket hasn’t yet been set, but we will get it posted shortly - likely this weekend.

In line with the latest broadcast trends, we are planning on rolling out an augmented reality app and new streaming service that will cover the tournament. Sign up now for this completely free experience!

Lovely! Does it work with Android? 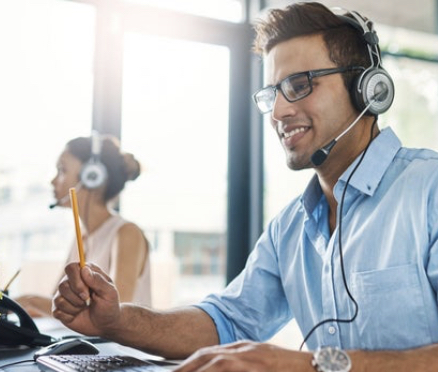 Thank you for contacting customer service. Your call is important to us! As a proud partner of the USGA’s Open initiative, we’d like to ensure that the golf is ironically as inaccessible as possible by playing the US Open at an elite private club 99% of golfers will never play and also switching the coverage to a new streaming app you’ve never heard of as most people start to get off work. Your estimated wait time to speak to a representative is, eternity.

May I trouble you to re-post the spreadsheet link?? Need to adjust handicap so as to avoid any Legend of Sandbagger Vance accusation’s

We are proud to announce the matches for the inaugural MN REFUGEE FALL MATCH PLAY event: 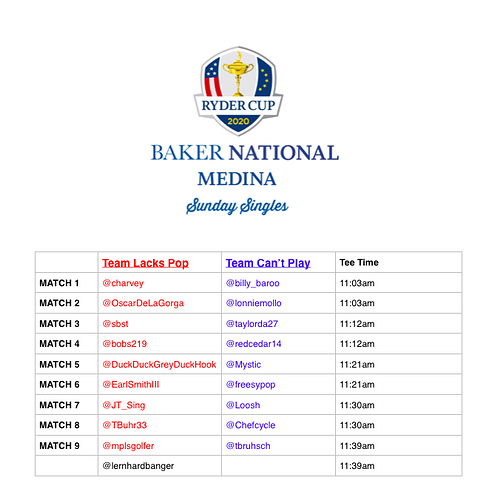 These tee times have been confirmed with Baker National for Sunday, 9/27.

As I told @tbruhsch tonight, on paper this has all the makings of a 6-3 Team Lacks Pop victory.

Regardless - I’m looking forward to this one quite a bit. Hopefully the leaves will be starting to pop a bit.

I am working on a scoreboard that we will implement, which will allow for each match to update their score at the turn and finish. For those of you that will be visiting Baker for the first time, you’re in for a real treat - not just for the #Refuge company.

If you’d like to start scouting the course, I would like to point you to the write-up in MN Contingent thread by the NSS Gross Champion, @Billy_Baroo . You may require a bit of #distanceprivelege to fully utilize Austin’s advice, but it is great stuff. @charvey, you have your work cut out for you.

Hole 1
Hell of an opener. Hope you warmed up on the range (which is included in your greens fee). Bomb driver down the pipe and hope for an even lie in the fairway. Longer hitters can even opt for 3 wood. Favor the right side, cause the further you go, the more the right to left slope of the fairway takes effect. Got a tricky little green that holds your attention early.

Hole 2
Depending on where they put the pin, can be a fairly benign par 3. If it’s on that back shelf, prepare yourself, cause par now is at a premium.

Hole 3
Another beastly par 4 to start your round. Site of my really fucking awesome quadruple bogey during the MGA qualifiers. Left is the better miss off the tee cause right doesn’t give you that great of a look to the green. Plays about a half club up hill. Coming into the green, again, left is the miss. Long or right is dead! Have I mentioned my quad bogey?!

Hole 4
First par 5 of the day. Birdie is definitely obtainable, but again, depends on where they put that pin. The green has some pretty intense contours. Feel free to grip it and rip it off the tee. She’s got space for days! If you tag it straight, it’s reachable in two, but if not, there’s plenty of room to hit a nice lay up and leave yourself a comfy wedge. Take a peak at where the pin is on 5 as you make your way.

Hole 5
Such a great hole. Don’t need driver, but driver won’t kill you. Left is obviously the miss here, but there’s more space up the right than there appears. Green’s got some funky slopes. Hopefully you know where the pin is and can use the slopes to your advantage. The semi blind second shot is pretty fun and hopefully you’ve left yourself a chance at birdie.

Hole 6
Don’t. Get. Greedy. The shortest par 5 on the course with the most danger. If you’re long off the tee, feel free to aim at the 150 marker and let her fly. Otherwise, aim just right of the treeline and play it safe. Coming into the green, it’s better to play it smart than go pin hunting. Long and right is dead and in the marsh. Green’s got two main tiers and if you’ve happened to hit your shot on the correct tier, you should have a pretty makable putt.

Hole 7
Hopefully they’ve got the pin in the front section for you guys. Tons of slope happening here and what you see is what you get. Pin high is the goal.

Hole 8
Another really cool hole. Tons of space up the right, and the longer hitters won’t need driver. The green is very 3 puttable, so par is a really good score here.

Hole 9
Take it just to the right of the bunker and let it fly. The green has some pretty mellow slopes and is more generous than some of the greens you’ve encountered thus far. Hopefully the front 9 hasn’t beaten you up too much yet. I think it’s the more difficult of the two; however, you’re about to head into the woods!

Hole 10
Another reachable par 5 for the long hitter. Pretty straight forward: bomb it as far as you can and choose the correct club coming in. From the top of the hill to the green it plays as much as a club short, so choose carefully!

Hole 11
Another really cool par 4 (see the trend here?!). There’s more room up the right than there appears off the tee. Plays about a half a club up hill for your second.

Hole 12
Fun par 3. Plays about a half to a full club short. Hopefully you were paying attention to the wind direction, cause you won’t really feel it on the tee. Green’s got some nasty contours. Saw a guy three putt after stuffing it to 5 feet earlier this year. Tough scene.

Hole 13
True three shot par 5. If you’re feeling driver, go for it, but it’s not necessary, especially for the longer hitter. The green slopes away from you and won’t really receive second shots, especially if the pin’s in the front. It’s narrow off the tee, and if it’s heading left, it tends to find the marshy area.

Hole 14
Super deceptive off the tee. From the tips you’ve probably got about 260-270 to the runout if you hit it straight at the 150 marker. From the blues (or is it whites?) you probably have about 240. You’ll struggle to see the fairway off the tee, but the couple trees you see sticking out the right is the farthest edge of the fairway. If you’re really feeling it, you can aim up the left and hit it a little farther, but it’s risky.

Hole 15
Longest par 3 on the course. Long is better than short. Another green with a ton of slope. Par’s a great score.

Hole 16
Making the turn and coming home. Short par 4. For the very long hitter, it’s drivable, but it’s no necessary. The bunker on the right is your target. If you can hit it right there or just to the left of it, a 250 shot is perfect. Birdie’s are afoot here.

Hole 17
Another shorter par 4. Again, a 250ish shot will leave you a wedge into the green. It’s hard to tell where the pin is coming in as the whole hole is uphill, but hopefully you’ve hit the right tier!

Hole 18
A beast of a finisher! Enjoy the view. Aim at the 150 marker and let er rip! If you get up to the flat section between the bunkers, the battle is half done. Your second will play a little longer coming up the hill and the whole green is sloped pretty heavily back to front. Par’s a really great score here.

Well, this took me a lot longer than I thought it would to write out. Hopefully someone finds this interesting and helpful. Wish I could be there with you guys! Let’s try to put together a fall meetup out there when the leaves start to change!

Does this mean if I can make it I’m automatically on Team CP and have (get) to wear blue?

Edit: now I see there are alts in the form. Could you DM me with the situation since I haven’t followed this in a few weeks? Thought I was going on a weekend boys trip that recently got bumped.

Yes, one spot remains open to take on @LernhardBanger in final group. Venmo me to commit to event and claim it. First come, first served.

Once it’s filled, we don’t have any more spots available.

Gotcha, I don’t want to step on anybody’s toes. I’ll keep you posted - gotta clear it with the boss first

Looking forward to it! Haven’t played Baker in a looong time.

I’ll be a Baker first timer, I’m hoping for the first round at a new course bump.