I think @Soly mentioned this on a recent pod, but what if the best part of his career has already happened? Will we perceive him as a success because of the blistering start, or a disappointment because he didn’t live up to his potential? Apologies to anyone who’s made this point previously and I’ve forgotten, but this may be the proper description for his career right now: 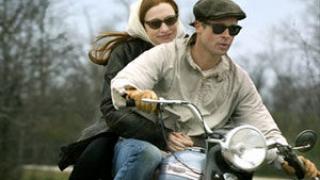 A Thread for Contrarian Takes Game Room (for now)

Jordan Spieth is overrated. A lot of people consider him to be on the path to become an all-time great. But this is only due to him being arbitrarily good at one golf course, and it just happens to be the one that the casual viewer cares about most. Don’t get me wrong, he has had an amazing career so far, but his star is inflated because he, like many other golfers, tend to play better at ANGC than other golf courses. Look at a guy like Charlie Hoffman, who rarely competes in majors and has 4 w…

Also, there is this: 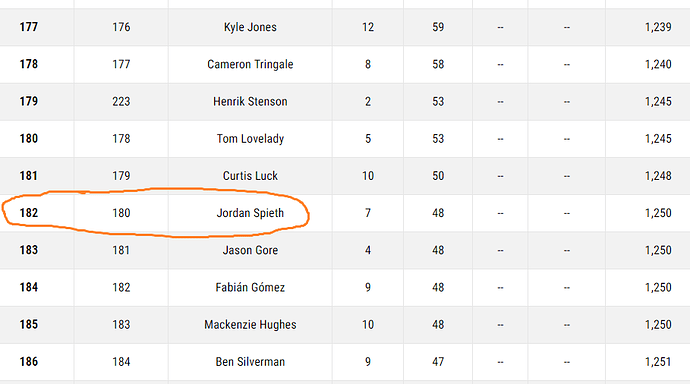 Speith is overrated and I’ll take that off the air.

He’s 25 and has already won 3 majors. Not realistic to expect him to ever win 2 majors in the same year and sure maybe last year and this year are disasters, but giving up on him in the long run is foolish.

When’s the wedding date? How much longer can we blame his engagement on poor play?

He’s been married since November, I believe.

Confirmed. Know someone who was at the wedding actually.

I’ll never fully give up on Spieth until he looses his card. That being said, I’ve got zero confidence in him.

Head case right now. Saying he’s uncomfortable standing over the ball is one of the most relatable yet disturbing things I’ve heard a tour pro say. I think he’ll always compete at courses that suit him (Augusta) and have a lengthy career.

Everyone acts like he’s this flash in a pan player like Smylie. He played extremely well for several years, had a bad 2018 season, and started off 2019 poorly. The previous year he won a major, two tournaments, and had 5 other top 3 finishes. The dude is 25 and we are acting like he’s destined to be Matt Kuchar for the rest of his career.

Overrated simply because his Masters odds are better than his recent form? I’m not so sure. Look at his last 4 majors:
T12
T9
MC
3 (at Augusta)

Not saying he deserves to be a favorite going in, but I also don’t think deeming him overrated simply because of his Vegas odds at the Masters is fair either.

I think you’d be dumb to immediately count him out at the Masters, and if you told me he was in your top 3 picks to win because you pointed out all of the reasons I just mentioned above I think anyone would look pretty silly trying to argue with you.

When you see Spieth’s attributes, it is actually incredible that he has 3 majors, a load of wins and other top finishes.

As time moves on, more and more players overtake him in distance and ball striking.

Spieth has been successful due to his long putting and his recovery shots around the greens. His short putting is in the pack and over the past 18 months or so his overall putting has deteriorated to well below even average.

Clearly he can recover, but I’d be amazed if he recovered to become a dominant player or even a regular top 10 world ranked player.

Spieth lines up a 12 footer to get his card on the number…as reigning Masters champion and good friend Smylie Kauffman cheers him on.

We all know he has some mental issues with the game: that was made clear to us at the Masters a few years ago. It’s clear in the way he walks and talks to himself. Agreed that hearing him say he’s uncomfortable over the ball was super disturbing. Not sure if any of you caught when he was talking about how he’s uncomfortable putting with the wedding ring on. Weird. Would love it if he got it going again.

Spieth has been successful due to his long putting and his recovery shots around the greens.

In 2017 he was 1st SG Approach. Spieth is a great long putter but hes also a great ball striker.

we are acting like he’s destined to be Matt Kuchar for the rest of his career.

Almost a spit take, would have fried my laptop lol. That being said I’d take Kuchar’s Career earnings.

I mean, he was an exceptional iron player. Far from elite this year sitting at 116th: