he’s grown on me over time, but he definitly has a good memory for me - I was on 16 at Augusta in 2008 when he made his ace. probably the coolest moment of live tournament golf I’ve ever been party to. one of those things that can just kinda endear you towards someone.

I heard that Poulter made a significant contribution to online content over the weekend. A real giver, that guy.

I’m not a huge fan…but I’m not a hater…we support the same football club. coyg

If you are talking about Valspar in 2016:

1, The person was abusing and boasting of his abuse of Poulter on twitter

2, His twitter account was linked to his place of work (Florida Southern College), even his handle was @jdownumFSC

3, Poulter never asked for him to be fired or even disciplined.

4, FSC obviously thought their employee’s behaviour was unbecoming as they made the decision to terminate his contract

Sometimes there are consequences for actions, even on social media. The guy lost his job because of his own actions not Poulter’s.

Sometimes there are consequences for actions, even on social media. The guy lost his job because of his own actions not Poulter’s.

Crazy that we live in a world where we think it’s ok to blame the outcome on our poor decisions on others.

As big of a douche as Poulter can be especially online you can tell underneath he’s a genuinely good guy. What happened at Valspar is definitely not a reason to hate on the guy. I feel like he’d be great to have a beer and shoot the shit with but once there’s a camera on he turns into a different person. The Ferrari’s and stuff are very look at me but let’s be honest if we had his money we’d probably want to do something equally as douchey.

That adds some valuable context. Thank you for that. I seem to remember it may have happened another time but I could be wrong.

Abuse and celebrating it is obviously wrong.

Still just don’t really like Poulter’s vibe. And as an American I won’t miss him in the Ryder Cup 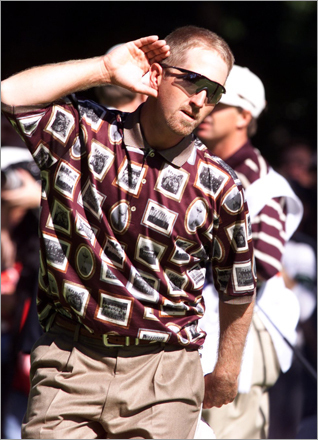 I personally love Poulter. I’ve also had the pleasure of meeting him a few times while working at a high end club where his sponsors would host him. While he can come across as douchey, you have to also understand (and appreciate) that he doesn’t just own Ferraris to own Ferraris. He collects them out of a true passion for what they are, is a fan of the brand, F1 team, etc. If I was that passionate about something and in the public eye, I would want to involve my fans in those passions as well.

Do I agree with him getting people fired from their jobs? Not really but I understand where he is coming from because at the end of the day, people have choices and are often times held accountable for those choices. The vehicle delivery driver called Poulter out and all Poulter did was respond. The guy at Valspar acted like an idiot and tried to interfere with Poulter’s livelihood and I would likely respond in a similar way.

I think at the end of the day, Poulter is just excited and passionate about what he has accomplished and unapologetic for it. Some would say it’s the American Dream…

He had to fly solo with his kids cause his nanny got bumped from first class, not many can deal with that type of adversity.

One of these days it will just be him and Tiger.

To me - he’s Exhibit A of how much pro golfers have enjoyed the fruits of competing or purses in the age of Tiger without actually winning a major. No disrespect mean to his Ryder Cup career - as others have noted, the guy is a killer during that event.

Yes, a RC killer for the Euros, but

without this outfit, he’s probably not nearly as well known, or hated for that matter 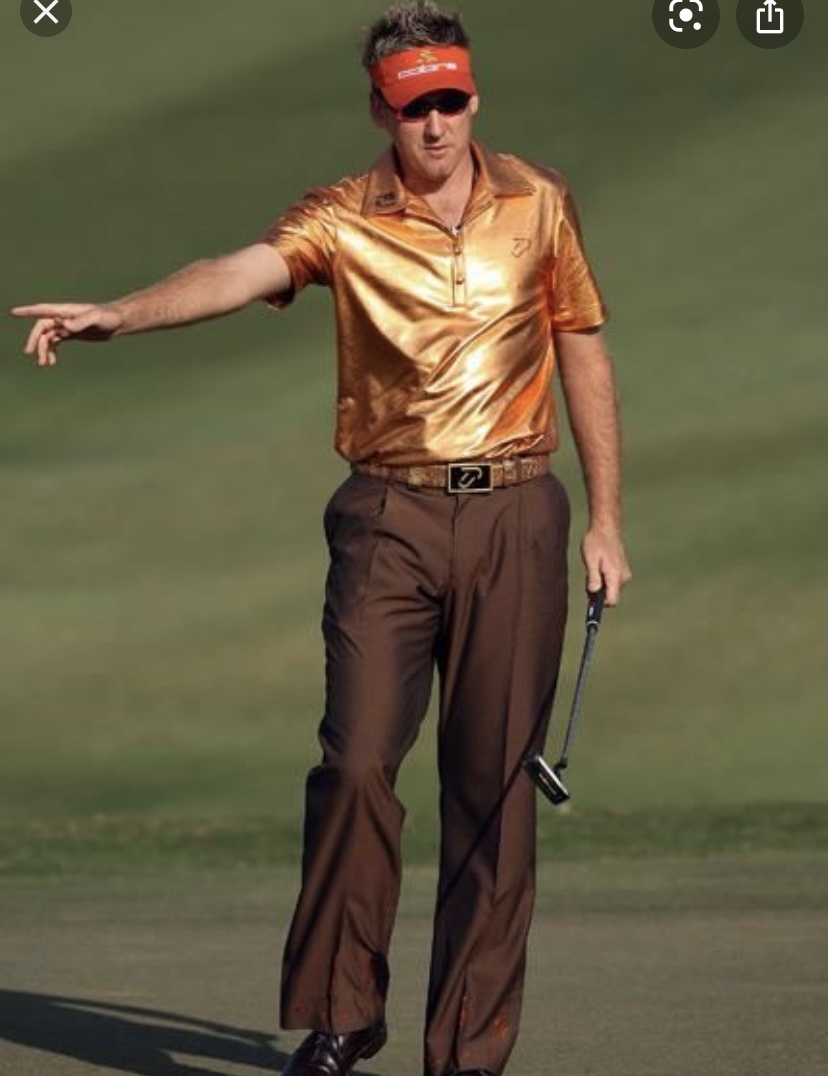 I know someone who isnt the best person I have ever met that loves ian poulter…he bought sooo much from the ijp design. He looked sort of horrible on the course too…but he owned the look…not for me personally

3 PGA Tour Wins with the first 2 being WGCs (Match Play & HSBC). Until the Houston Open in 2018 he hadn’t won a stroke play event on US soil. God i sound like Azinger here…

Monte never won on US soil and he’s in the Hall of Fame!

I like Ian for one thing. His classic shank that he pulls out once or twice a year. Other than that, seems like kinda an arse hole and is always killing the US in the RC. In conclusion, if he’s on tv and the shot doesn’t go Hosel adjacent, I’m out!

I always hated him growing up, as well as Sergio, but something about them being killers in Ryder Cup format forces my respect. I laughed at the fart too, so he has that going for him I guess.

Monty was a OWGR manipulator imo

he’s whatever, kind of thought he was going to sneak into a green jacket at some point in his career (he fits their brand)

also can we name a major he was really in contention in?