I know we have some hockey fans on here. (@paul fellow tendy, correct?)

As the 2019 Stanley Cup playoffs heat up (which is the most hard fought tournament to win in all of sports IMO), who are your picks? Tons of upsets and intrigue already.

As a Blues fan, the Eastern Conference doesn’t scare me right now. But the West… holy geeze are the Avs hot. Dallas is buzzing. Sharks are post season killers (even if they got gifted a first round victory).

I’m here to talk about Yzerman being the Wings new GM and nothing else.

Back home where he belongs

He turned the Lightning into a perennial favorite, excited to see what he does for Hockeytown

Sad Caps fan here, but congrats to the Canes, that was a very well played series. Curious to see how they match up against the Islanders tonight.

That call against the Knights was a pretty chickenshit call by the refs and it sucks to see them go out like that - what an absolutely gutting way to lose a series.

The Caps are so stacked, I don’t understand how they ever lose

Also Ovi is my favorite player of all time. If he was on my team, it would be full on Bro-love

As a Blues fan in April, I’m just scared.

You are correct sir! The Stanley Cup Playoffs are premium TV second only to The Masters and maybe The Open. Some great games in the first round. My team is not in it, in some ways it adds to the enjoyment.
Can you believe that Caps, Pens, and Lightning are all gone in round 1?

For this round, I’ll take the Avs and Blues out west, (THAT will be a good matchup) and Islanders-Bruins in the East. The Bruins-Jackets series could be a long one, but I think Boston wins it because Marchant is actually an evil spirit, and summons spiritual power from the underworld. Hard to compete with that.

As a Kings fan, I have nothing to add at the moment.

I am. And I continue to remind my San Jose friends that I am.

I feel like we are playing with house money right now, with how the season started. But man I would kill to see Jamie Benn’s sad face at the end of the series. Tarasenko stole the show last night.

Jamie Been haunts my dreams. I made the claim with my buddies that he is a top-3 player in the league in terms of WAR to his team

Huge Wild fan here. The playoffs have been insane. I actually think the West looks soft for the first time in awhile. Vegas was my pick to win it all but that obviously didn’t work out.

I am really hoping Columbus goes deep, they have a fun team to watch and Bob is a beast in net. 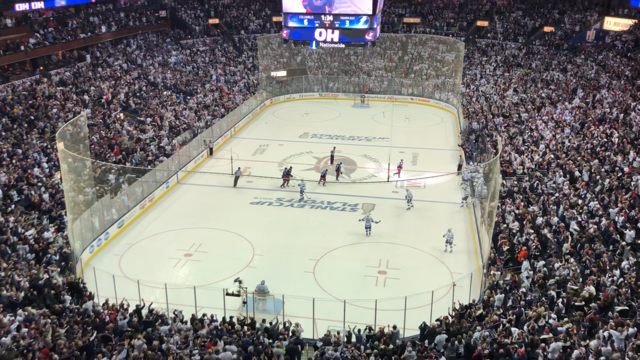 My view last week in Columbus. Place was lit AF. Last night against the Bruins was rough, but Bobrovsky will keep us in it.

I know we have some hockey fans on here. (@paul fellow tendy, correct?)

As the 2019 Stanley Cup playoffs heat up (which is the most hard fought tournament to win in all of sports IMO), who are your picks? Tons of upsets and intrigue already.

As a Blues fan, the Eastern Conference doesn’t scare me right now. But the West… holy geeze are the Avs hot. Dallas is buzzing. Sharks are post season killers (even if they got gifted a first round victory).

Sharks Fan here.
The penalty in Game 7 is being really overblown. Was it a great call? Probably not but the refs made the decision on the ice. The refs didn’t add 4 goals to the Sharks score when they made the call. Vegas matched a record that’s only happened one other time in history by letting in 4 goals on a 5 minute pp.
Vegas got the wrong end of a controversial call that happens to every team at some point in their history. Instead of weathering the storm they imploded.

What a crazy playoffs though. So may upsets. 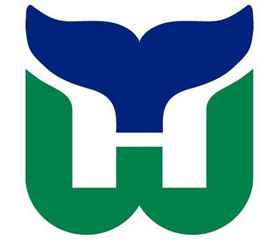 So Fuck the Canes.

Adopted Rangers fan in 1997. Lifelong New England/Boston sports fan growing up in northern CT. But given the Whale, the Bruins were a non-starter post franchise hi-jacking. My favorite non-Whalers was CT boy Brian Leetch, the NYR minor league affiliate Wolf Pack played in Hartford, and I gradually but intensely became a Blueshirts fan. Took maybe 10 years to fully take off as I needed a mourning / cleansing period.

I can’t believe the chaos in this years Stanley Cup Playoffs. I’ve never seen anything like it. 7 upsets, including the destruction and sweep of the historically good Bolts to the quick dismissal of Western Conference leader Flamers, all the way down to defending champ Caps, Crosby’s Pens, and very loaded and popular cup pick Nashville. Hated seeing the Jets go down early as well.

It’s wide open now but I’d like to see the Sharks play the Bruins as a hockey fan. I also want no part of the Bruins getting near another cup. I could live with the Blues. Isles have been fun to watch but only if they keep playing at Nassau…what a trip down memory lane that was.

Also, NHL bar hats by The Game are the best hats ever made. 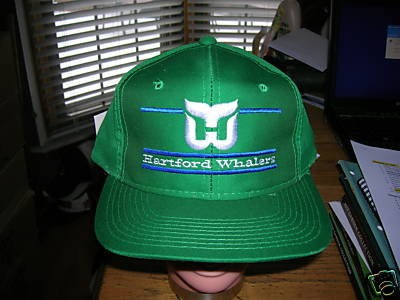 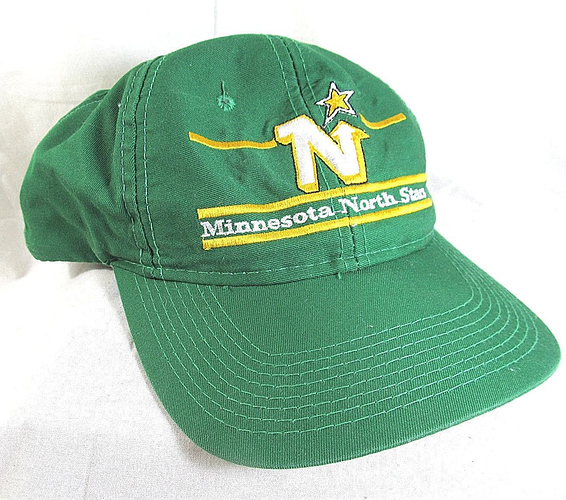 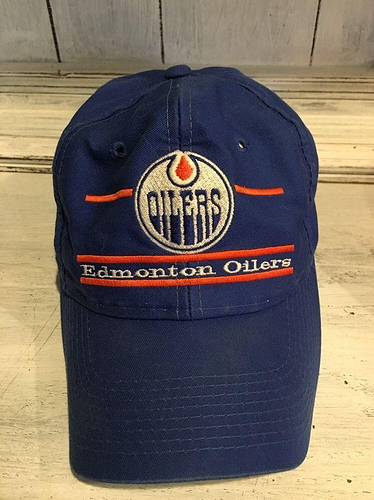 Good buddy of mine doesn’t mess around. 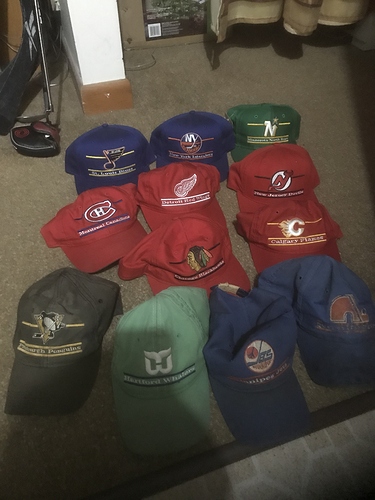 Agreed that the Sharks had to go out there and earn it. Can’t imagine they would’ve scored 4 if it was a no call or minor, though

In short, I’m obsessed with puck and still not over the fact my beloved Whalers left (22 years ago). Only pro sports team CT had. Well, UConn basketball is close enough to pro but that’s a whole different discussion about the bullshit corrupt NCAA.

Didn’t get on skates early enough to seriously play and was already balls deep into basketball. But hockey has always been my favorite pro team sport.