Dustin Johnson=Kawhi Leonard: they’re both emotionally robotic in a way & are kind of boringly insanely talented
Jordan Spieth=Steph Curry: the golden child, both sponsored by Under Armour & both rose onto the mainstream sports scene in 2015 & also had epic collapses in 2016, both entertaining to watch & do stuff that amazes you
Rory McIlroy=Kevin Durant: both extremely talented & hyped at a young age, all time greats in their sport & both kind of worry too much about what people say on twitter
Jon Rahm=Draymond Green: Draymond isn’t as good a basketball player as Rahm is golfer but both are emotionally intense & kind of crazy, can be really fun to watch at times but their games are kinda ugly in a way
Bryson DeChambeau=Kyrie Irving: both really talented & kind of fake intellectual, easy to make fun of for this
Rickie Fowler=Russell Westbrook: both really talented/popular amongst fans & haven’t quite reached the pinnacle of their sport, both big in the fashion game
Hideki Matsuyama=James Harden: both extremely talented & can be fun to watch because of this but also have aesthetic flaws in their game that piss people off, both struggle in the playoffs (yes I’m referring to the FedEx Cup)
Phil Mickelson=Tim Duncan: fan favorites who have been around forever & still are good even into old age, all time greats
Jason Day=Anthony Davis: I don’t know exactly why but I feel like this comparison works, 2 young & extremely talented players both always seem to be “hurt”
Sergio Garcia=Chris Paul: Sergio won a major last year so it’s not perfect but both veteran talents/couldn’t quite win the big one
Daniel Berger=John Wall: young & really talented, can be fun to watch at times & both extremely irrationally confident
Si Woo Kim=Nikola Jokic: both are young & have lots of talent but polarizing amongst fans in how good they actually are, altho I think Si Woo is really good whereas I think Jokic is kinda overrated
Tiger Woods=Kobe Bryant: Kobe isn’t as good a basketball player as Tiger is golfer but both kinda want to kill their opponents, they also have some of the craziest stans
Justin Thomas=Giannis Antetokounmpo: both young & extremely talented while being freaky in different ways, JT is 5’10" 140 lbs. & hits the ball as far as anyway whereas Giannis is practically a 7’0" PG with insane wing span/length
Patrick Cantlay=Joel Embiid: both were really good in their amateur careers, have battled injuries in their early professional careers but when healthy are as good as anybody
Anthony Kim=Brandon Roy: both were really good in the late 2000’s, had injuries & just kinda disappeared from the world
Justin Rose=Andre Iguodala: solid all around veteran who has just been there for a while & successful
Bubba Watson=DeMarcus Cousins: both really talented but kind of have that “whiner” narrative associated with themselves
Xander Schauffele=Jayson Tatum: was good in amateur/college but really has exceeded expectations in rookie year, high upside
Kiradech Aphibarnrat=Klay Thompson: both extremely chill & just want to get high & play their sport, kind of have a cult following

Wow dude. You went so deep on the first thread there’s really little else to add here. Great job, you’re reaching on several, but great job.

Noren = Toni Kukoc circa 1993 - Europeans tell us he is elite but we have not seen it yet against the best competition. Hoping Alex shows us he is more akin to Manu Ginobli this season.

Leishman = Al Horford - solid player for a longtime, underrated but now being recognized as a star

No complaints with the above post, but Jason Day could also be a good Paul Pierce analogue, just because I could see Mr. Glass rolling up to the tee box in a wheelchair.

I’m having a hard time visualizing that… 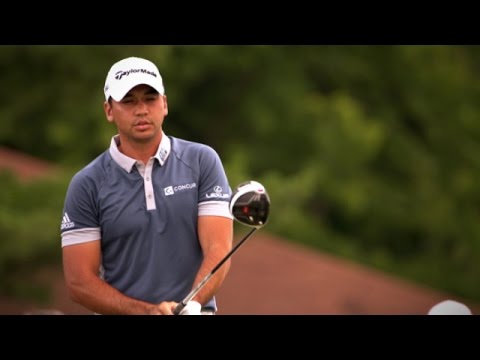 Joel Embiid-Patrick Cantlay isn’t great. Embiid didn’t really have an amatuer career. He started playing basketball in like 10th grade. Then, he had a hard time getting on the floor at Kansas because he was so raw.

Other than that, well done. I’ve always liked Paul Casey-CP3 a little bit more than Sergio, but I feel it.

Phil is way too crazy to be Tim Duncan. There is a wildcard element to Phil that’s more Rodman than Duncan. Not sure who fits that bill best.

JT… i like Allen Iverson as a comp. Chip on his shoulder, believes he’s the best, surprisingly powerful for his size.

Is Dirk Nowitski = Martin Kaymer too lazy? If so, who is Dirk?
Adam Scott?

And I think it’s safe to say that Jack=Jordan, I want it to be Tiger=Jordan, but not yet…

JT and Giannis is a great comparison

I see Dirk as Adam Scott

I also see Charles Barkley as Johnny Miller for some reason…am I way off base here???

the Barkley-Miller comp is a good one, I tried thinking of a Brandel Chamblee comparison but nothing came to mind

Here’s my comps for the OWGR Top-10. I’m not focused so much on career parallels, more ‘right now’ comparisons.

DJ = Westbrook : complete freaks of nature
Rahm = Anthony Davis : mega-talented. Next step is breakthrough in playoffs/majors
Spieth = Curry : this one’s too easy but it’s right
JT = James Harden : insanely talented, on the come-up
J Rose = Jimmy Butler : never will generate a ton of buzz but damn fine players
Matsuyama = Karl Anthony Towns : a bit methodical to watch, need to bust out in big spot to make the leap to superstar
Fowler = Chris Paul : there’s a gap between talent/reputation and playoffs/major finishes
McIlroy = Durant : when they’re on they impact the game like almost nobody else can
Koepka = Kyrie Irving : another super-talented guy that can carry a team when ‘on’
Day = John Wall possess an extra gear few others can play at, both fragile
Tiger = D Rose : can he ever be his former self?
Phil = Vince Carter : back-end of their careers. Plenty of WOW moments

There’s no LeBron in golf currently. Tiger probably carried the LBJ comp the best, but not at the moment.

Idk about Nba-golfer comparisons but if I did nfl golfer comparisons, Ian Poluter would be Aaron Heranandez because both are careless with what kind of shots they use and are quick to jump the gun.

Lebron James can only be compared to Kevin Stadler because they weigh the same and they both have hair styles that beg the question “Is it possible to be attractive with this type of hair?”

This was actually a great, well thought out list.
AK as Roy is phenomenal

If Tiger is Kobe then Jack is MJ