Golf in the Olympics

I’m thoroughly surprised there isn’t already a thread on this. I hope it’s not some sort of Refuge taboo topic I’m not yet privy to.

What are everyone’s opinions on golf being played as a part of the Olympics? What regard should it be given in comparison to major championships and other tournaments? What do you think of the pros’ responses to it?

I’m on the fence about it all. Traditionally, golf has been a leisurely pastime, and doesn’t fit the bill as an “Olympic sport” in my book. However, it’s become more athletic as of late. Still, with the vast majority of golfers riding around in carts for five-plus hours, it seems like a stretch to say that it’s worthy of being part of the greatest festival of competitive sports in history. And golf already has a season full of highly-regarded competition, from the majors to the Players, the Ryder/Presidents’ Cup and a host of others, including world-class amateur tournaments. But golf in the Olympics has only been a “thing” for a little while, so, with time, could it become a welcome part of the game’s tradition?

Convince me, one way or another.

In its current format I hate it. Should be an individual, team, and mixed team event.

I’m thoroughly surprised there isn’t already a thread on this.

I did some extensive research though, in your honor.

bows to the Lord of Thread Quality Control

Should be amateurs only

As all Olympic sports should be

I don’t really care either way but I’m stunned by this news that Brooks would consider passing up the opportunity to play athlete for a week or two. I’d have bet my house he’d end up ditching Jena in the Olympic Village and get into clean and jerk showdowns with Eastern European weightlifters. 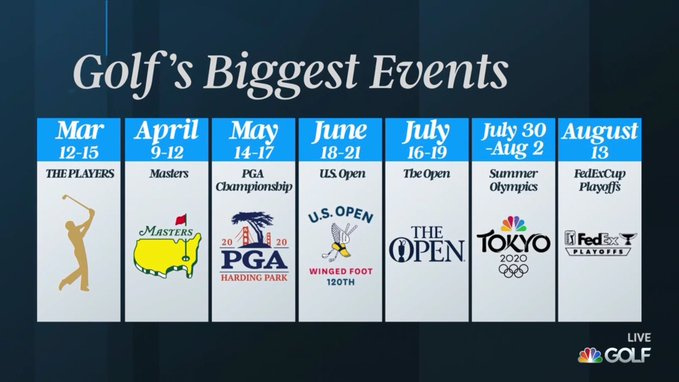 This would be incredible.

Give me 2 man/woman teams. Up to 3 teams per country or something like that. As of right now the format sucks and I have zero interest. I also just don’t really get up for the Olympics as much as I used too except for hockey and soccer

It should be teams…but the teams should look like this. Each country send one of the following:

One man & woman for each category below:

2: A lot of amateur sports have full-time athletes

3: I like the idea of singles, team and gender participation

4: Drug testing is good for sports

5: It doesn’t need to judged against other tournaments

6: Who cares what US media thinks, there is a big world out there

7: I watched Olympic archery once, maybe a kid in some far off place might see the Olympics and become a golfer

The Olympics could find a unique place in the game by becoming a high-end mixed golf event. I think we can all agree that it should incorporate a team (for the country) element. The Ryder Cup is a premier event for the men. The Solheim Cup is a premier event for the women. Make the Olympics mixed teams. Players that have likely never played together before and make them play for the country.

Of all the possible formats, a 72 hole (or any number of holes really) stroke play event featuring a watered down field was probably the worst they could come up with.

If a gold medal is not considered the pinnacle of achievement in sport X, then sport X should not be in the Olympics.

My immediate thought was that there might not be enough of a financial incentive to keep the top guys interested in it.

That being said, I’m in agreement it should be some variation of team/match-play.

/cuts to opening ceremony
Ladies and gentlemen, now carrying the flag and leading the United States of America into the stadium!..