Going Minimal... the half set

Anyone out there play a half set regularly…?

This year I’m planning to play a lot more of my social rounds with a half set and going minimal.

Why…? A few reasons (which are very much theory at the moment), in no particular order:

1 - less to carry and less weight. Being in the UK we always walk and saving a bit of weight is always welcomed.

2 - shot making. Learning properly how to play knock down shots, high shots etc etc to make up for the gaps in your bag has to be a good thing…? Forced to be more creative.

3 - scoring. Mentally with a half set I will hopefully be able to relax in the knowledge that I won’t score as well, so I can play golf for the pure fun of it, focus on the great company and the courses I play. A good score is not everything…!

What do you think…? Something anyone is doing…?

Not sure I can go full minimal, and will still play the full set on comp days.

I wouldn’t be adverse to this, however I guess ultimately why handicap yourself?

I carry 13 clubs as I had a hybrid that balooned up in the air and I really don’t know how far it even went and was dangerous in the wind. I might see about getting a 4 iron or alternative chunky something or other. I could probably do without a 60degree, but if I was playing a course with steeper bunkers, then I’d want it.

However, reading Alistair MacKenzies book - the Spirit of St Andrews - he talks about people having 6 clubs in the 1930s and that those who had 9 clubs were pretty much too well off for their own good.

Obviously it won’t happen, but a 9 or 10 club rule would be very interesting. Guys would have to get a lot better with their wedges and probably have only 2 wedges rather than 4.

It would certainly simplify the game for newer players. Even as someone who has played for a few years, I am still bamboozled by shot selection on a lot of shorter shots from 30 or 40 yards and around the greens.

Half set is my go-to during winter. I’ve got no time for fannying about with yardages and slope when its 0 degrees and/or raining sideways and/or blowing a gale. Look for the 150 marker and hit the ball.

I’ve tried it a couple of times. I thought it might enhance my shotmaking abilities and my abilities to hit less-than-full shots. I was wrong. I just suck at hitting an iron at 80% or 110%. If I have 160 to the pin in normal conditions I just want to hit a normal 7, that’s my best chance of getting it close, not a soft 6 or a hard 8.

I already have to struggle to shoot low 80’s at the moment, no need to make it any harder on myself.

played some muddy winter golf yesterday in pennsylvania with 6 clubs. it makes an already quirky game quite a bit quirkier. plus you can use a sunday bag which feels so good. i like everything about it!

I have mixed feelings about it but will actually have to do it in the next few weeks for a couple of months if they ban trolleys on my course. I have a problem with my hip which caused me to switch from always carrying to a push cart earlier this year. So I’ll have to leave out a load of club’s to reduce weight and hopefully not damage myself so much.

I like the idea of a casual round, bag slung over the sounder, having fun, being creative. But in reality I’m not a 21 year old with no worries in the world! I’m 42 with a wife, family, debts and a head full of golf demons that work very hard to fuck me up. It’s all I can do to get a repeatable swing, never started to mess around with 80% shots.

Speaking of which, shall we start that Centuruon, Hadley Wood, Essendon round robin?

Why would they ban pushcarts at your course?

MRW people consider going to the half set 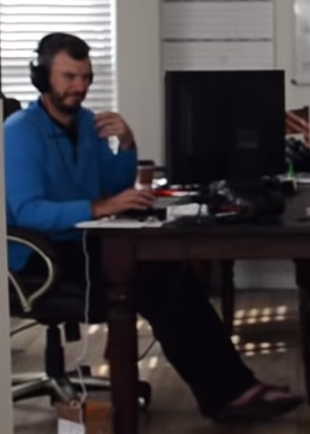 Even without a ban, its not uncommon to lose balls plugged in the center of the fairway or around the green.

I get the half set approach, but it isn’t for me. I find the decision making process one of the most enjoyable parts of the game. It’s a learning process and mistakes are the best way to learn. Also helps you discover your own way of thinking and comfort, second guessing, etc. Any time i’m within 150 yards, depending on what is in front of me, I’m naturally thinking about multiple shots vs. just pulling an 8 or 9.

However, I will go out with a set of Hogan Apex irons and play a round and find the same kind enjoyment out of that.

I’m an advocate for it with any low handicappers who are regularly playing a home course. Not to imply you can’t try it out if you’re a 5+, but IMHO, it’s an alternative that can liven up just a casual round on a course where you’re comfortable and, without the pressure of competition, can feel like the same experience regularly. It can also be a challenge, ESPECIALLY (and this is what I’m the biggest proponent of…) if you’re playing with a half nostalgia set.

I’ve really enjoyed compiling a nostalgia set, which for me harkens back to the very first clubs I played with competitively (Titleist 905 driver, 980 wood, ZM blades), and also a classic wood or two. Because you’re playing these for the experience and are more than likely not completely dialed in, it can make sense to throw 8 or 9 in a Sunday bag and really connect with both your own nostalgia and how the game was once played.

it’s an alternative that can liven up just a casual round on a course where you’re comfortable and, without the pressure of competition, can feel like the same experience regularly.

Another great reason to go minimal.

Playing a half set is a great experience and you’ve hit on the major points, its lighter, you have to think more about your shots and even about what clubs to bring with you. In terms of scoring you don’t care as much, so it seems more fun. When I post a good number with a half set I feel more accomplished than with a full set, as weird as that may sound.

I highly recommend it, even if you only do it a few times to see how it feels.

I suck either way so I play a half set most of the time, makes the walk more enjoyable.

I am with @Soly on this no half set - why make the game harder?

I’ve played all winter with ; Driver, 4hybrid, 6 and 8!iron, Pw, sw and putter. The first round we can second and I would say it was one of my most enjoyable rounds of the year. I’ve played a couple of rounds on a links course and that was great. I played last week and I struggled in 45 mile an hour winds I really missed my 3 and 5 woods.

Give it a go and embrace it. I’ve never been stuck in thought over a shot if I don’t have the club for the yardage I’m just thinking how to make the number with what I’ve got. It’s given me confidence for the summer as some of the shots have been delivered with much more control.

Its not about making it harder. Harder assumes that the final score is important, which it isn’t. In my mind its about being more creative, having less to carry and not caring about the score.

Going out next week for the first half set round… can’t wait…!

I do actually use a push cart more often that not, and have found myself carrying less and less. This is something I want to change, not only because of the faff of taking a trolley all over the place (we don’t have a trolley park at our place).

Yes, lets get the round robin started… I’m back in London after taking the whole of December off.

It’s an alternative that can liven up just a casual round on a course where you’re comfortable and, without the pressure of competition, can feel like the same experience regularly.

Nail on the head. I play my home course well over 80 times a year, sometimes bringing out the Sunday bag makes those early/late solo rounds and/or games outside your normal groups just that little bit different.