Reading your summary I’m starting to face the stark reality that not noticing slopes and ridges on the green is a huge part of my game, I think you generously left 2-3 more of those occasions out. I might as well have been on Pinehurst #2.

I will add, there seemed to be two contributing factors for the back nine flip in my favor. First: that great punch/chip you hit through the tree on 11 that we both watched, both thought was perfect, and then subsequently disappeared off the face of the earth after barely clipping one leaf. No idea how that one didn’t end up snug with the pin. Second: shoutout to my buddy Kyle for getting married back in 2016 and gifting me some custom TaylorMade Tour Distance+ golf balls stamped with my status as a groomsman. After almost exactly four years to the day of aging like fine wine in my garage they took my game to the next level once I put them in play on #9.

Lastly, kudos to @MerchCzar: the second serve mentality has truly changed my game with the driver and when the time was right I absolutely demolished my two Tyler Durdens.

Great round @NobodiesMedic, we have to go launch em again sometime soon. 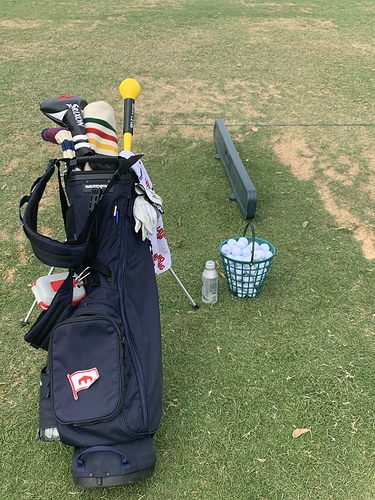 Wish I could have been out there with you guis!

I had one goal for today’s match play round. Play with the same ball all day. My first tee shot went in the water. I failed

Everyone has a plan until they get punched in the face. 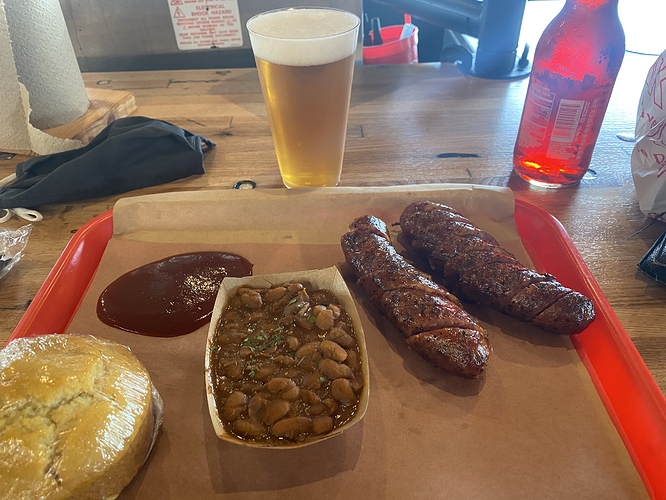 Enjoying a victory lunch at Terry Black’s after a tough day in the wind Cedar Crest. Super must’ve had to sleep on the couch last night because there were at least 2 hole locations where we all putted off the green. Pins on the edge of the top shelf when the wind is blowing down the slope at 15-20mph is not my idea of a good time.

@SliceyMcShankerston neither sliced nor shanked and completely boat raced me, 6 and 5. On the few holes I made some noise he always seemed to cover me up.

We had a pretty good battle out at Indian Creek yesterday. Course was playing pretty long with that wind.

@SpiethGotMono took an early lead against me, winning 4 of the first 5 holes. The turning point in the match may have been when he allegedly 4 jacked from 25 feet. No need to get into detail. I battled back to be 1 down after 9, and I made the match AS after 10. It was then back and forth until hole 17, we were tied with two to go. 17 and 18 both played dead into the wind, at least two clubs. I was fortunate to make a par on 17 to win the hole and we both bogeyed 18. It was a helluva match and a ton of fun!

@Kgilles5 and @WhineyCracker52 also had a match that took them til hole 17 to get decided. I believe they had a back and forth match pretty much all day, but @Kgilles5 had so many clutch putts all day that @WhineyCracker52 could never gain any ground. Whiney was also about 10 feet from an albatross on the second hole of the day which was pretty insane. I believe it was a 5 iron smashed about 230 yards. Absolute nuke like you read about. Like I said though, @Kgilles5 was a putting machine all day and he hit probably a 25 footer for birdie on 17 to win the match.

All in all it was a great day and good to get to meet some new people. Looking forward to more!

Looks like it will be us in the next round. Maybe we can iron out some details over the next couple of days and plan something for the future.

Had a great time playing with everyone in the group and hopefully will be the first of many rounds together!

Updated bracket after some of the 1st round matches this past weekend:

@chaser and I scheduled for Hawks Creek this Thursday afternoon! 1:30 if anyone wants to join.

wish I could make it out but I don’t think @chaser wants my bad voodoo showing up. I’ll let him tell you our h2h match play record

Gah I wish I would have seen this earlier. I live in GP and work in Fort Worth and would have been all over getting into a match play turny.

Good luck to you both out there today. Looking forward to a nice breakdown of the match

Major props to @DadBod - he was flexible with work throwing me a curveball and pausing after 9 holes in the clubhouse to get me through a 40min conference call. Classy dude. Guy is a stud on the golf course.

Had a fun, back and forth match. He’s got this nice, compact almost Jon Rahm swing that doesn’t make a major miss. Steady putter. Steady all around.

Both make stress free birdie attempts at 1 and give each other the par putts. Early signs indicated a friendly match, to our delight. I didn’t keep the scorecard, but believe he was 2 up thru 3, think I battled to AS or 1 up after 9. I kinda hung around 1-2 up on the back. Couple times he was about 175yd straight into a stiff wind and stuck it to 3-5ft. He hits his drive on 16 in the water, drops and gets up and down for par to extend to the par 3 17th. We leave ourselves out to the left with a couple putts at it. Tricky slope, I made par and believe his par putt back just slipped the edge.

We both had some nice birdies and really good stretches coupled with some “what the hell are you doing” stretches we worked ourselves out of. Thanks for a fun day!

Don’t let him forget to tell you about his own par save from about 160 out on 14 after driving into the hazard himself… That was a big momentum saver! In fact, you had several clutch up and down par saves, if memory serves!

Looking forward to more rounds with you!

I reflect on this quote that I totally just made up to make myself feel better about losing:
““It’s not the numbers on the score card that matter. The real victory is the friends you make, and the beers you drink, along the way.” - Michael Scott” - Ben Luckert

@chaser @DadBod sounds like you had a solid time out there and are a couple of sticks - congrats Chaser for the victory!

Have we decided if we’re going to do a match play meet up for the championship match?

It hasn’t been decided but I think there was definitely interest in doing it. We’re probably safe planning it for first weekend in January barring any major delays in matches/rounds.