The callaway line has a good bit of offset although not as much as the right turns in some SGI clubs. Seriously the Apex MB is a great blade (for those afraid of blades especially)

When I redid my gapping chart this past year I really gave this idea some thought. Most of us gap with yardages where we hit it the MAX distance and don’t think about that we should really be using average carry as opposed to max.

I think maybe someone needs another hiatus, apparently they didn’t learn much from the first.

" dont be a scumbag"

post in every thread random crap about communism vs capitalism, doxx people, threaten to doxx people. what a way to encourage participation

Most of us gap with yardages where we hit it the MAX distance and don’t think about that we should really be using average carry as opposed to max.

I’ll just say it is total horseshit that @anon26814599 straight up doxxed someone because he got on a power trip and we are seemingly just letting it slide. If that was someone who is not in the cool kids club, the mob would detonate them into the sun. What a fucking place.

But I think some will still need the benefits of an SGI iron and the trade-off is worth it.

I think players should know what they are getting and giving up. The idea that an SGI iron is better in every way is ridiculous, but that’s what some people think. When I decide what clubs I use, I should know the pros and cons and be able to decide what I value more.

I reported it btw

Some of the recent titleist blades had more offset than the CB’s. Pre 718.

That’s who I’m thinking about. And beginners. Beginners are most likely trying to get better and will fix the issue. The person who only plays a few times a year is not and doesn’t care. But for the guy who just wants to drink beer and hang out with friends, why not have him play a club that helps him? He’s also probably the one who asks his buddy what club he should hit because he has no clue. And for beginners, they should be playing clubs that help them in the ways they need it (distance control isn’t what they need) until they figure things out.

I think we’re on the same page. This all started when I said that blades are for everyone and it was met with “the data doesn’t say that” and “did you watch the video.” But I think it was just a misunderstanding.

The thing that gets me the most isn’t just that it’s all marketing but that so much of it is just straight up lies.

Like cool - if you want offset and/or bounce, that’s fine. Or even a giant head for confidence. No objection. But don’t market improved performance when the performance is actually weaker. That is scummy.

But I think it was just a misunderstanding.

But for the guy who just wants to drink beer and hang out with friends, why not have him play a club that helps him?

Maybe because the club doesn’t help him at all. I genuinely don’t know where you are getting that conclusion - the data doesn’t show this, so if you have other sources I would like to see them.

If it helps him get and extra 2* of launch that can be helpful, maybe not as noticeable when your peak height is 90ft already, but if you are struggling to even get the ball to 50ft, that could be helpful

why not have him play a club that helps him?

I’m not sure it does is the problem. Just look at poor strikes: 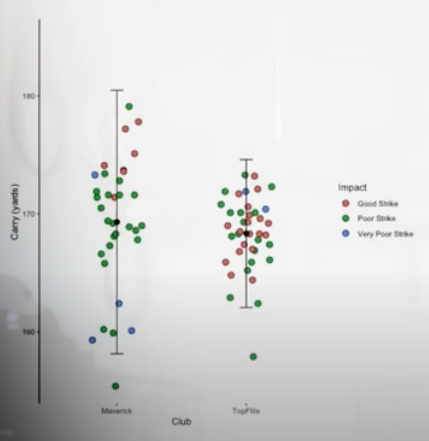 It’s the same at best?

It kind of doesn’t. Honestly Crossfield’s data is so outrageous to me I’m having a hard time wrapping my head around it. I really thought it would have been the same between the two clubs.

He signed up for a golf trip that I was on, it’s not private information

You’re not wrong and I’m with you on that. There’s a lot of deception out there from the manufacturers and the media.

My Ping Driver is an SFT.

It says it fixes slices.

It does the same thing that turning my r15 face closed did.

He says right here that his data shows SGI irons launch higher with poor strikes being higher than poor strikes in blades. He literally says “if launch, peak height, and fractional distance, that’s really what you’re getting from SGI irons.” For the guy I referenced, that is going to be much more beneficial to him than knowing that his 5-iron will go 165 yards every time. 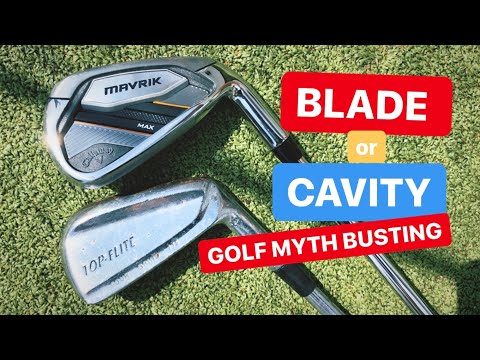