Can I like Bryson? The Gang Debates Using Exercise Machines & PEDs To WIN Golf Tournaments

i have been bullied. have a nice day.

I do enjoy bryson. i understand his golf stinks, but that doesn’t mean I can’t enjoy it.

As long as you acknowledge that you’re indulging in a form of masochism, yes.

I don’t know that I would go so far as to say that I “like” him, but I do appreciate that he is the current most obvious example of the “there’s more than one way to play this game” concept. His game/swing/approach will never be appreciated for being the prettiest, but that doesn’t make it wrong, and I think there is definitely something positive about that.

I’ve come to truly appreciate Bryson for being his own dude, being different, and not caring what everyone else thinks. I also don’t understand what we’d prefer him to be, like what the hell would we rather he be?

“Yeah, Bryson, can you be a little less Rickie Fowler and little more Bill Haas? That’s how I prefer my PGA Tour players. Boring as shit and unable to pick out of a police lineup.”

This post was started as a sarcastic response to the Barstool thread, but nevertheless:

Bryson is awful. Objectively awful. Not because of one-plane swing, or single length clubs, or even his driving hat and eagerness to wear knickers. He’s awful because he wants so badly for everyone to think that he’s smart and operating on a different level than everyone else.

Now, that being said, I fully support American adoption of Bryson as the US Poulter. I want him on the Ryder Cup team, badly.

Viva Bryson for many of the reasons mentioned.

Do I want to have dinner with him? 100 percent no. Do I root for him because I know that watching him in contention is infinitely more exciting? Absolutely.

Daniel “Medium-Well” Berger. No juice in that guy.

can’t wait for the Bryson-Cat tshirts to show up in the NLU pro shop in October.

Bryson is a great dude. A friend and I met him last year and he was nice enough to chat with us and take a picture. Fast forward a year later my buddy passed away and I reach out to Bryson agent and he not only signed the picture for us but signed some stuff to raffle off. He is number 1 in my book.

The fact that he majored in physics and played D1 golf at a high level (won NCAAs and US Am) gets my upmost respect. That’s pretty damn hard.

Saw him at a Monday qualifier the summer before he won the John Deere and he was great with everyone that came up to meet him. He’s won at some pretty clutch times in his career…DAP Championship on web tour to get his PGA Tour card the following year, then winning the John Deere last year and Memorial this year. He was Monday qualifying two years ago, probably frustrated because everyone expected him to be the next big thing, and since things weren’t going well people were obviously criticizing the swing and single-length clubs. He could have easily doubted his whole approach to the game, thinking it was too unusual, and maybe he should just do what everyone else does. But he stuck with it and now he’s a two time winner on the PGA tour and in Ryder Cup conversations.

The negatives are that he tends to talk in interviews like he’s frustrated that he knows so much more than everyone else, and he can’t explain things the way he wants because we’re all too dumb to understand, so that’s a little off-putting. Oh well, I still like his game and watching him play.

anyone can major in physics without earning the degree. Everyone is so quick to forget what a hot fraud the delicate genius actually is. He hightailed it out of town once sanctions from the nc2a came down: 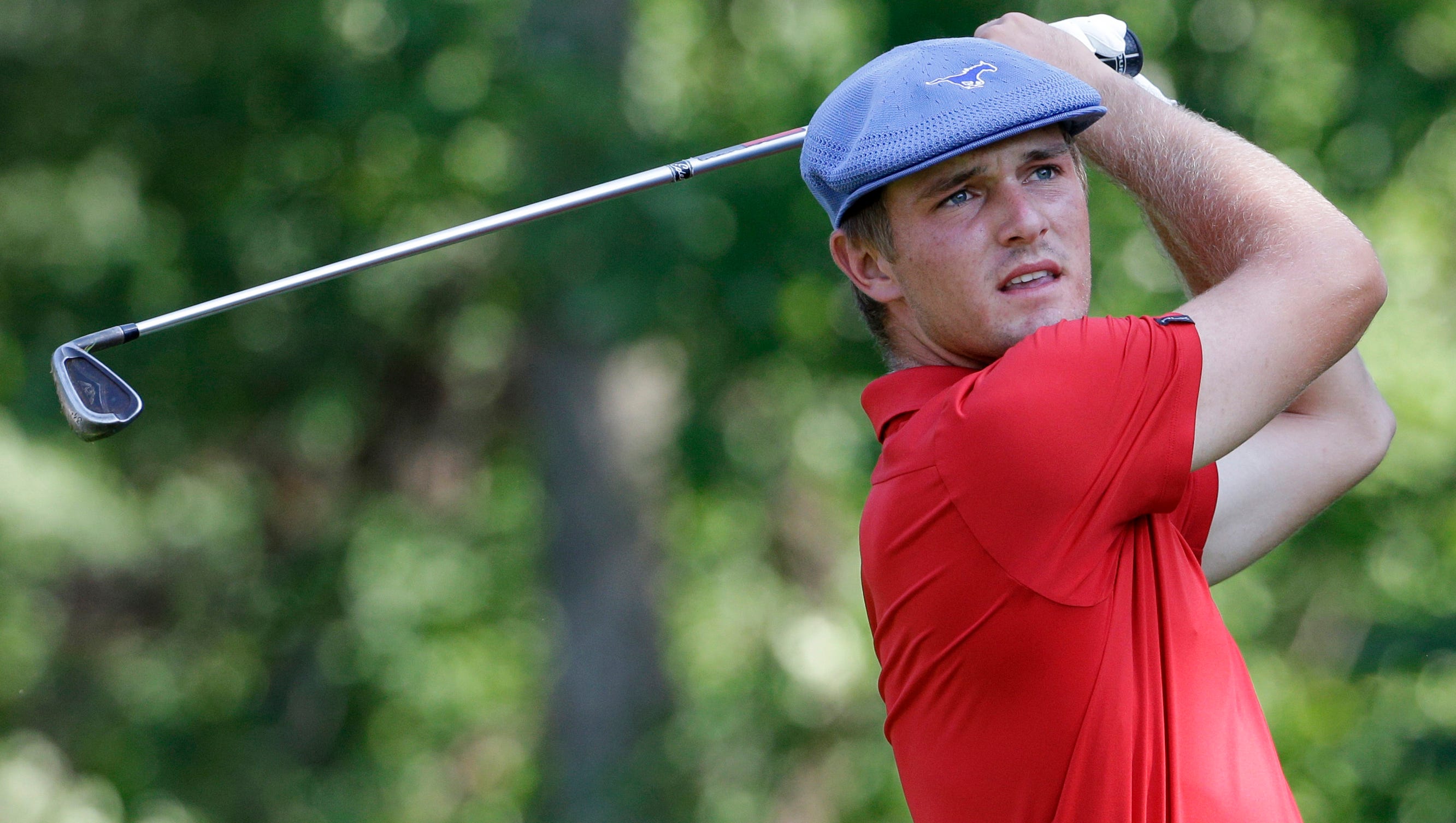 The U.S. Amateur champ has left SMU after sanctions that would prevent NCAA title defense. 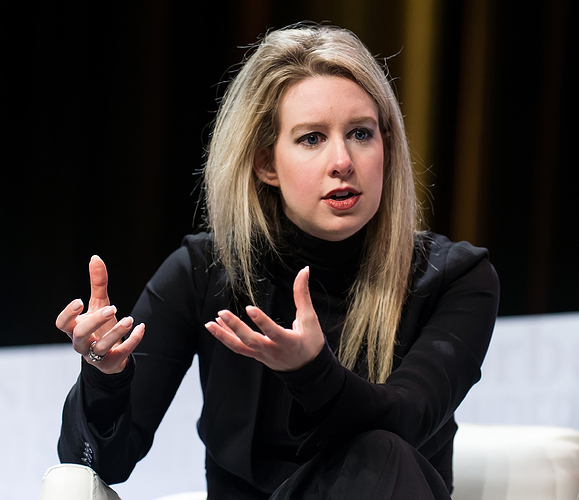 When it comes out that Bryson’s been fudging his Trackman numbers, don’t be shocked. Wouldn’t be surprised if he asks a certain Ryder Cup teammate about evading excessive SEC fines…

Damn, some people are harsh… 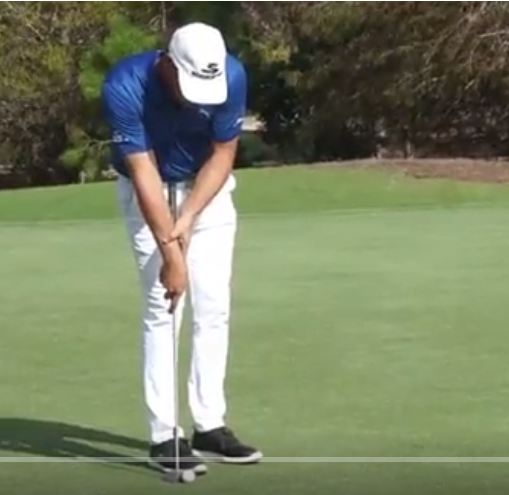 If I’m going to be completely honest, my only real issue is with his sartorial stylings: the hat grates.

Dude doesn’t wear the driving cap in practice rounds. He looks so much more respectable without it on. Really should ditch that thing.

Couldn’t like this more. The cap drives me nuts. Looks pretty chill with a half-moon brim cobra cap.

I used to work with a guy that was like that. He was going to school to be an engineer and most of the time he tried to over complicate things that didn’t need to be over complicated to the point that it would just confuse anyone listening, and on top of that 95% of the stuff he said never worked. He’s gone now and we are much better off for it. At least Bryson has gotten good results even though I think he’s much the same in that I just think he want’s to hear himself try and sound smarter than he really is. I’d much rather watch DJ smash ball, walk to ball, smash again, with his cool demeanor. 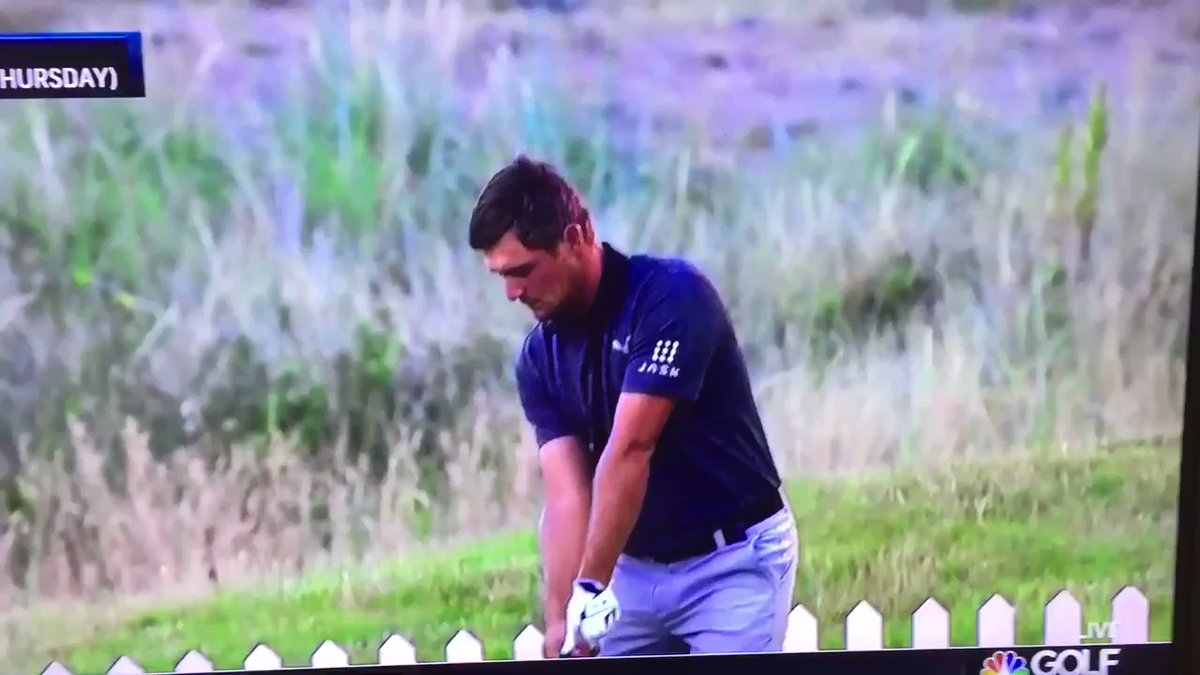 Not sure if this came out last week but last night was first time I saw it. L’Artiste battling the demons on the range in the middle of a major. Appears at one point he must have upended the studio in a fit of rage — paintbrushes scattered all over the range. Heavy stuff. https://t.co/SOYP2wZh6X
6 Likes
next page →