The first day of this campaign seems to have been a perfect metaphor for what’s gone wrong with the refuge, and also a perfect opportunity to outline an alternative. The campaign dialogue has so far focussed amongst a handful of ego-driven, wannabe comedians.

@tylernicholas91 has expertly detailed the concentration of activity amongst a select few, and I think this is a clear illustration of what turns the masses off getting truly immersed in debate.

I hold my hands up and admit I’m not a regular participant in threads. I see myself as an outsider candidate and I know that the refuge won’t improve by electing someone who is part of the existing refuge hierarchy.

I’m appealing to the silent majority out there who see an interesting topic but quickly put the club back in the bag when they see the hornet’s nest already loose. Let’s not let this election just be a furthering of the existing divide, let’s use it as an opportunity to bridge the gap between the silent spectators and those who too often control all debate.

The refuge can and should be a place for real discussion on the major issues surrounding the game, where ideas can be shared and debated in a STRUCTURED, MANAGABLE WAY.

We can’t continue with a handful of wack-packers bullying the conversations down their cul-de-sac’s, but nor should we totally surrender the culture that made the refuge great in the first place.

Maybe it’s being born and raised Irish and being used to Ryder Cup success, but I see a parallel between the current state of the refuge and the failure of recent US teams.

Some candidates are talking of “laissez-faire” approaches and are appealing to some Americana-style idea that any control or regulation is an assault on their god-given right to rabbit hole-threads, but that doesn’t need to be! Nor do we need an over-reaction of taskforce or pod-style structure for structure’s sake. There is a third way!

I’m not a regular voice on here but I don’t think you can fix something by electing a leader out of a group of those who helped break it in the first place.

After decades of stagnation, the European tour has perfected the formula for Ryder Cup success. A player’s committee consisting of some senior and some newer, lesser known players hosts regular meetings where issues are discussed with tour leadership. From that, an organic line of Ass. Captains and future captains has emerged and this revolving door has led to 7 wins from 9 this century.

A similarly healthy structure needs to be implemented here to re-shape the refuge into the great club it deserves to be. My ideas are:

I don’t have all the answers yet, but I have an idea and a message I hope will resonate with all my fellow refugees who feel we are “losing the course”. Let me have a go at bringing the refugees from across the globe together in style. Give me a chance and I will not let you down.

“Those who wish to follow me, I welcome with my hands”

I’m not a regular voice on here but I don’t think you can fix something by electing a leader out of a group of those who helped break it in the first place.

You know what makes a great leader? Someone who nobody knows and who never speaks up. Historically, the odds are in your favor.

“When something is important enough, you do it regardless of the odds being stacked against you”-Elon Musk

The fact that you just quoted Elon Musk pretty much makes my point for me.

what turns the masses off getting truly immersed in debate.

a handful of wack-packers bullying the conversations down their cul-de-sac’s, but nor should we totally surrender the culture that made the refuge great in the first place

So you don’t actually like the Refuge and you’re starting your own golf message board? Post a link here when it is up and running.
Good luck!

“We are literally a brain in a vat. The vat is your skull. Everything you think is real is an electrical signal. Feels so real though.” - Elon Musk

The rumor that I’m building a spaceship

While I disagree with your platform, I do want to wish you the best of luck.

From that, an organic line of Ass. Captains and future captains has emerged and this revolving door has led to 7 wins from 9 this century.

Care to share who you’ve got your eye on to be your Ass Captain? 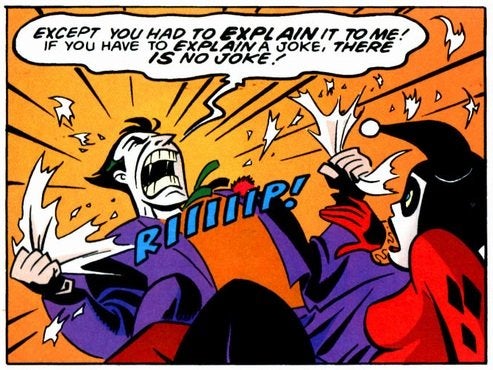 Not at this time, I wouldn’t want to be presumptious

Is this the most poorly run campaign since Ross Perot?

False, the correct term is Assman.

a Hack in the truest form it seems, a pure hack. A hack for all to see. Attacking those of us who throw our hat in the ring. Armchair QB or as we call them where I’m from “The hurler in the ditch”.
I’m in this to win not sling mud.

a Hack in the truest form it seems, a pure hack.

And to think there are at least 7 of them…

maybe stay out of the kitchen if you can’t take the heat.

I guess you better leave the kitchen then.